7 Crazy Donald Trump Products to show your Love or Hate

Unless you have been living on a remote desert island talking to a volleyball named Wilson for the last couple years, you may have heard a mention or two in the news about that guy that fires people on The Apprentice and his bid to become the Republican nominee for President of the United States.

Love him or hate him, one thing that he has certainly inspired people to do is make money off his image. Considering that, we’ve combed through all the Trump and John Oliver-inspired Drumpf products to bring you the craziest items that you can purchase to show your support or deep-seated hatred for the Donald. Check out our picks below:

Don’t you hate it when the kids break into the pantry to sneak some cookies before dinner? Scare them off with Trump in a Jar! Advertised on Etsy as “Donald Trump’s Pickled Head,” you can display this terrifying jar to frighten away small children and most household pets. 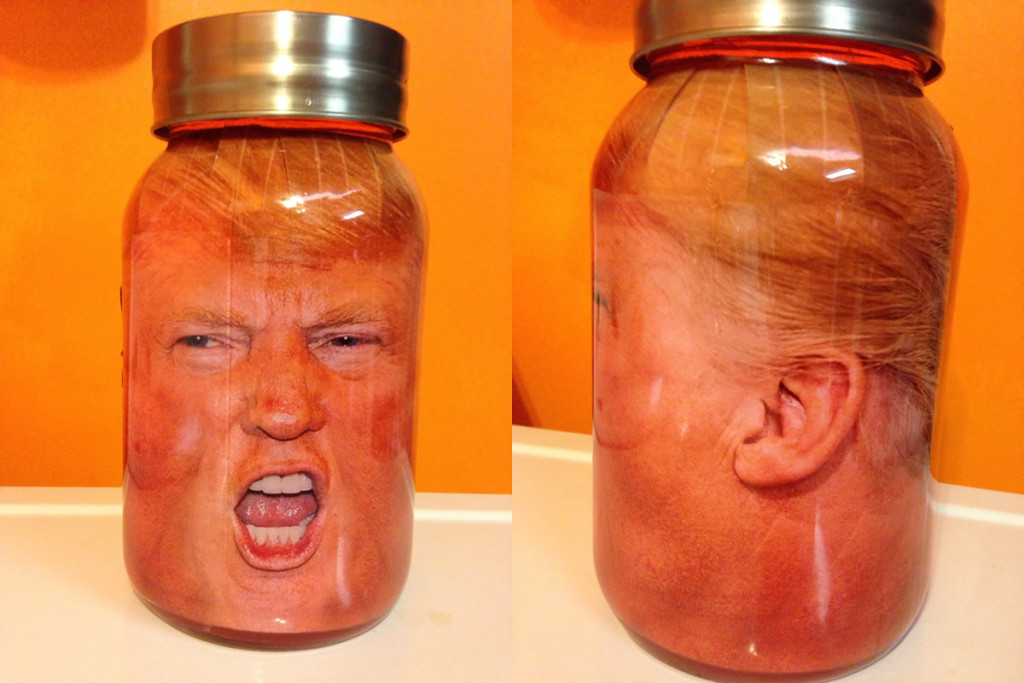 On a more supportive note, you can purchase about ten of these, position them along the front of your home, toss a candle in there and display your Trump loyalty at night for all the neighbors to see. Your home will glow in bright orange as the candles light up his cheeks.

See Trump in a Jar on Etsy

If only we could encase our feet in Donald Trump’s golden locks of hair… Guess what, you are in luck! Gucci has unintentionally given you that opportunity for a meager price of $1,800. The ‘Princetown’ Slip-On Loafer has finally given women the ability to make their feet look like Donald Trump’s head; truly every women’s dream.

Of course, if the idea of wearing Donald Trump’s hair on your feet makes you want to start sawing at the ankles, you can always burn the slippers in a very expensive protest while screaming “I Feel the BERN!” Or simply make your own to burn. A crafty DIY’er should be able to make these easily with the hair clippings thrown in the trash at your nearest Great Clips / Fantastic Sams / etc.

Are you as fed up with the whole feline situation in this country as Dogald Trump is? Show your support for the issue with the Dogald Trump Tote Bag and proudly display that you believe cats have no place in the United States of America. 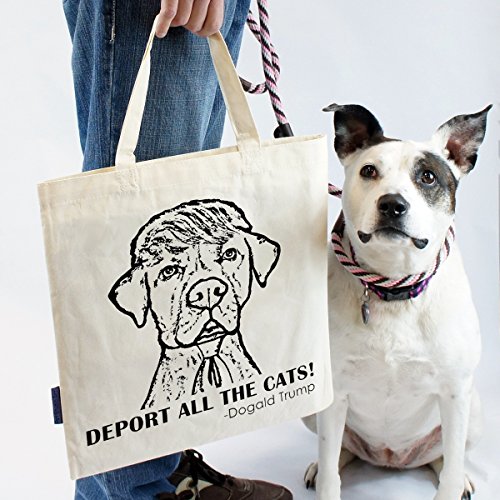 However, if you are one of those despicable feline sympathizers, feel free to peruse the Donald Trump Cat pictures at Sad and Useless.

Foretelling the most possible future of a Trump presidency, this history book offers up scenarios such as the Donald playing a game of Battleship with Kim Jong-un and the eventual placement of Trump’s giant head on Mount Rushmore. Snag this coloring book and color in between the lines of historical events before they happen. 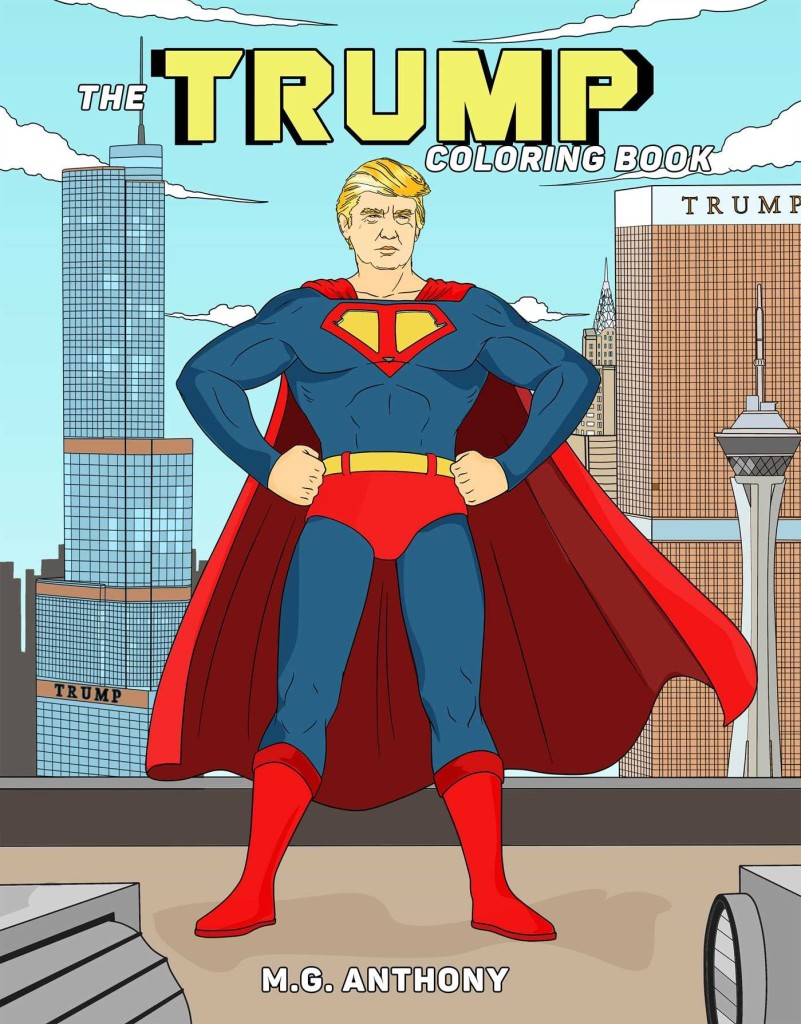 Of course, if you aren’t interested in learning about our definite future, then feel free to color outside the lines. And use a sparkly glitter pen when coloring in his hair. That’ll show him!

Tired of wiping with really boring toilet papers like Charmin or Angel Soft? Try cleaning your booty with Trump toilet paper, an experience that’s probably pretty similar if he’s in your home state right now trying to get your vote. Let the Donald kiss the dirtiness away and then you can flush him down the toilet after you are done. 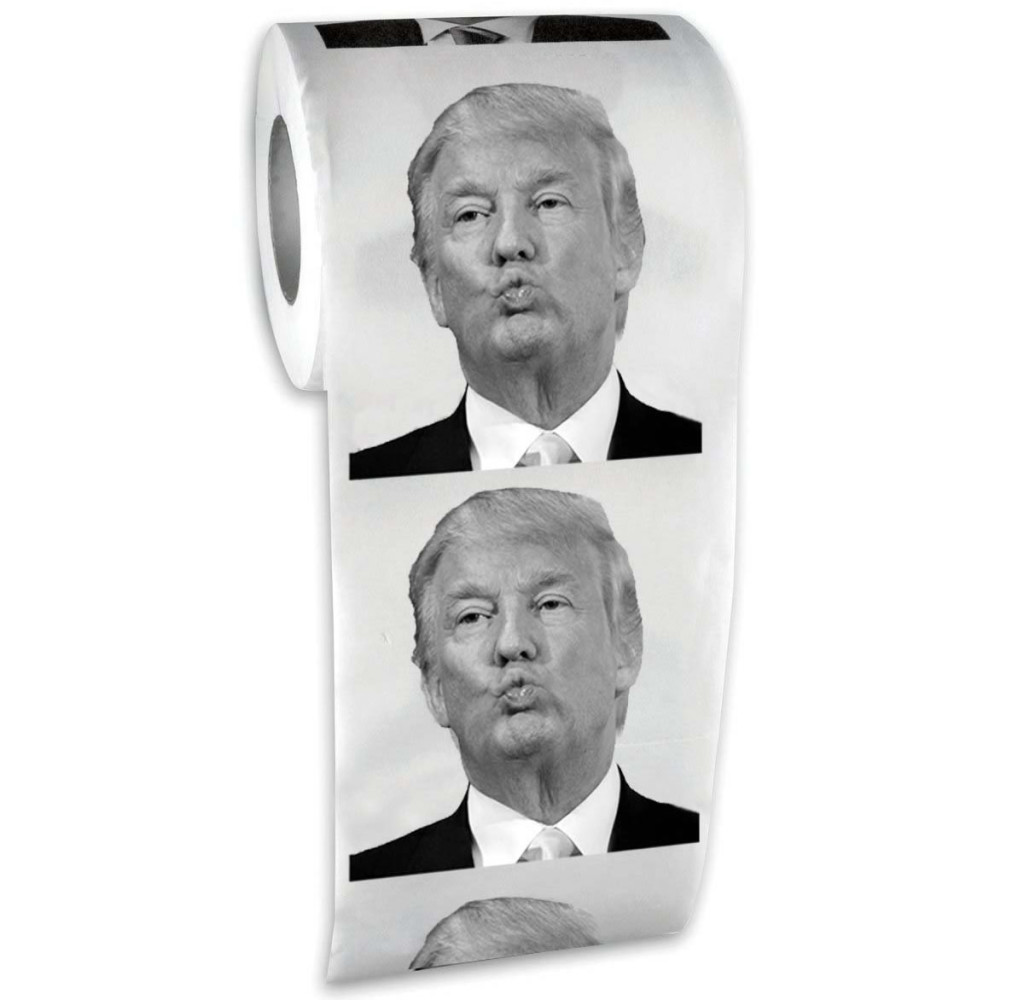 If this is offensive to Trump supporters, then start thinking outside the bathroom, dammit! Purchase 20 of these rolls and go TP any neighbors that are big Bernie Sanders supporters. Then they can ‘Feel the Berning Anger’ as they try to get Donald Trump out of their trees.

Haven’t you ever wanted to smell like success? Now you can with Trump’s cologne! Described by one Amazon reviewer as “a very antiseptic smell–almost like Bactine,” you can exude the smell of money and power with a couple sprays. It’s likely some sort of Trump sweat gathered after he gets worked up during a lengthy speech about how much he dislikes Ted Cruz. 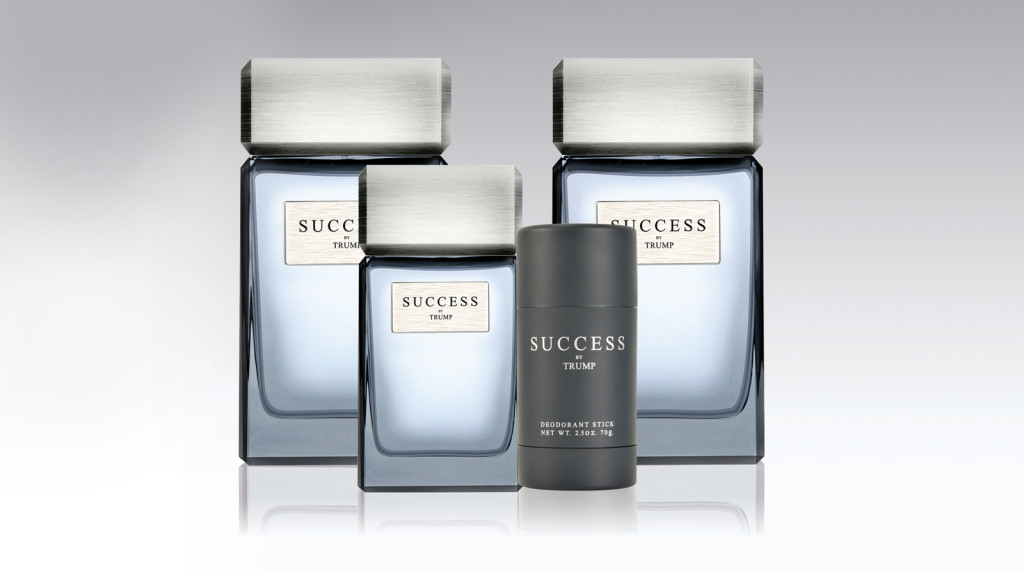 If you aren’t interested in financially supporting Trump’s venture into the smelling business, another Amazon reviewer described it as “hot garbage.” All you need to do is open up your trash can during the next rainfall and you can bottle your own scent free of charge.

Can’t wait until Halloween to strap on your Donald Trump mask? Show your support right now, strap on this authentic mask and head to the next Trump rally! You are sure to stand out among the legions of pretenders. You will be the biggest fan of them all. 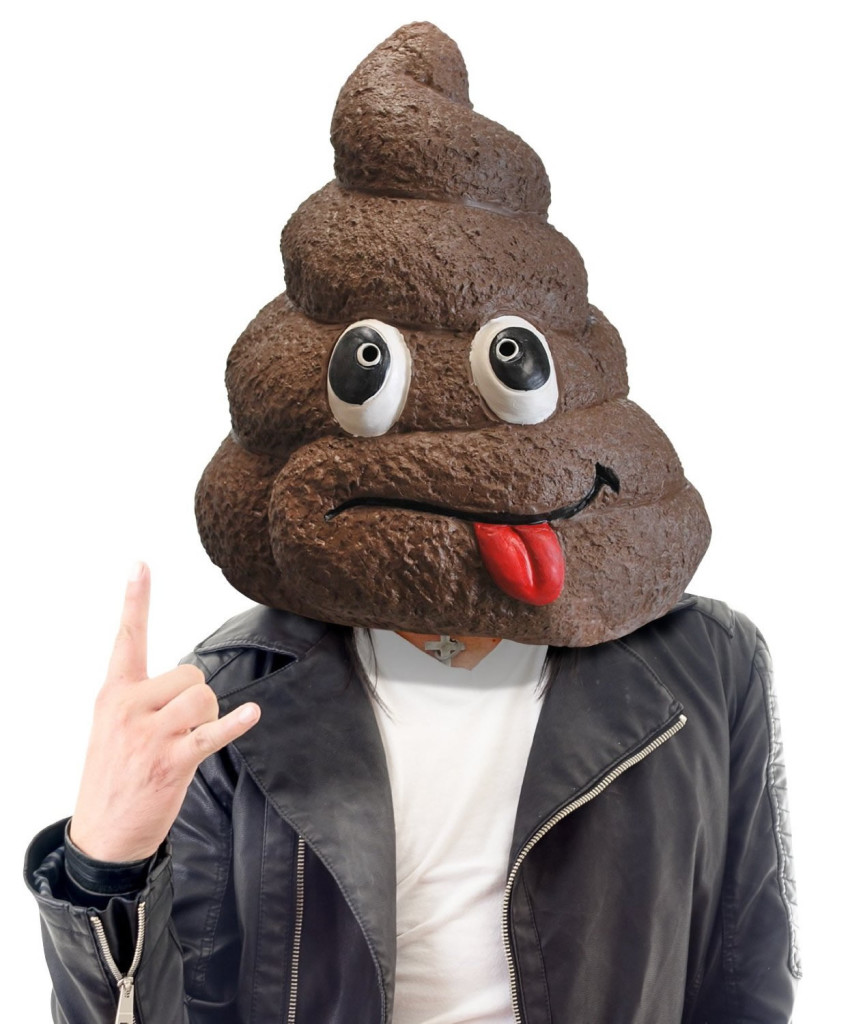 Settle down, Trump supporters; I’m just kidding around. If you want a real Trump mask to wear, check out this mask on Amazon.