Shopping for a 70-inch 4K TV this year? Or perhaps larger? We’ve looked through all the Black Friday ads and broken down where you can get the cheapest 70-inch TV, two of the cheapest 75-inch TVs and the cheapest 82-inch 4K TV.

Listed on the front page of the Best Buy ad, the 70-inch Samsung 6070 6 series will drop $350 from the $899 MSRP, matching the lowest Ben’s price posted earlier this month. 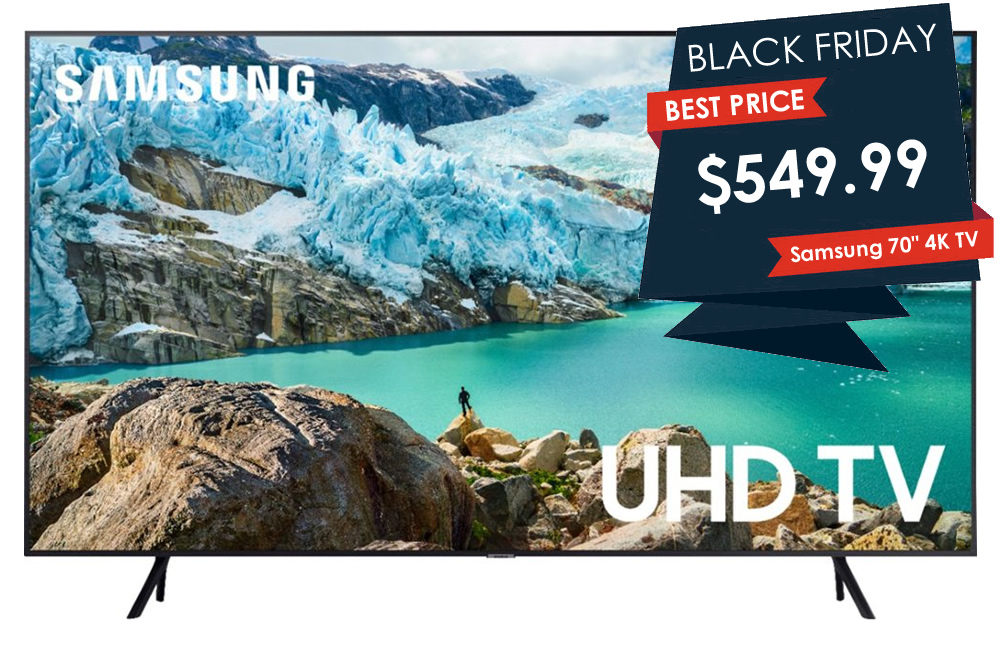 The Samsung UN70NU6070FXZA offers 4K / HDR 10+ / HLG functionality, Motion Rate 120 tech, and Samsung Smart TV interface. Be aware that this set only comes with two HDMI ports (one of which is ARC).

Only available online at Sam’s Club, this Philips 75″ Android TV (75PFL5704/F7) appears to be a set exclusive to the warehouse chain. It’s not listed anywhere else beyond the Philips site. 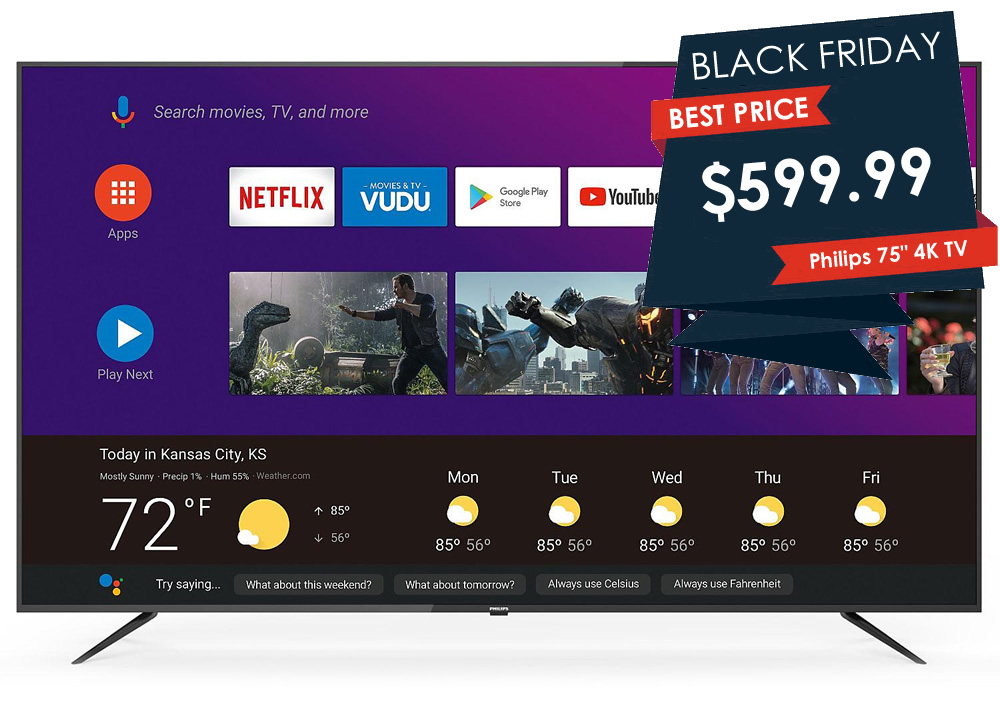 Regarding specs, the set offers 4K / HDR 10 functionality, Android TV for smart apps (Oreo), and 3 HDMI inputs (one of which is ARC). It does appear to be limited to 60Hz though.

Beating Best Buy’s price by $150, both Sam’s Club and Costco have a 75-inch Samsung in the 6900 6 series for $250 less than the MSRP. This price seems to be common among the warehouse chains, including BJ’s. 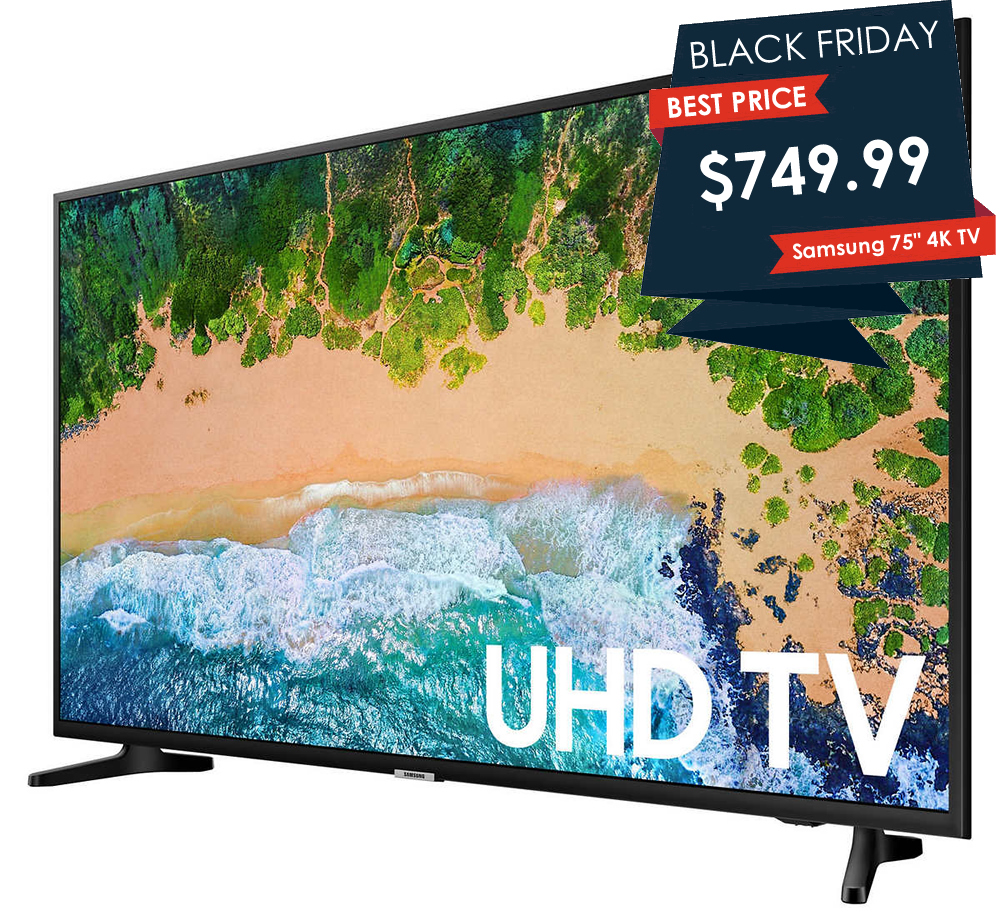 The Samsung UN75NU6950FXZA offers 4K / HDR 10+ functionality, Motion Rate 120 tech, and Samsung Smart TV interface. Similar to the 70-inch model listed above, there are only two HDMI inputs on the TV. 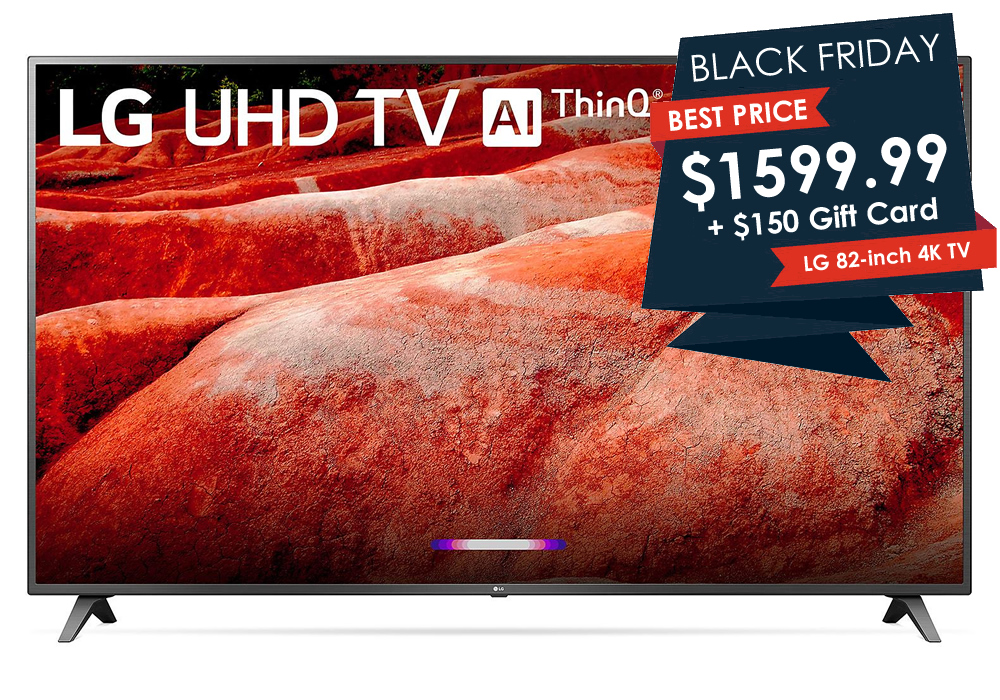 Regarding online sales, be aware that Amazon (and other online retailers) will aggressively price-match or undercut many of these deals prior or during Black Friday. Watch the main Ben’s feed for the latest 4K TV deals.
4K4k TVBlack FridayhdtvtelevisionTVUHD