Walmart takes the crown for the cheapest 65-inch 4K TV this year, by a single dollar. This Philips 65″ 4K LED TV usually sells for $499, but will be $278 in store at Walmart and online on Walmart.com. It’s likely to sell out within minutes when Walmart’s online deals go live at 10 pm ET on Wed. 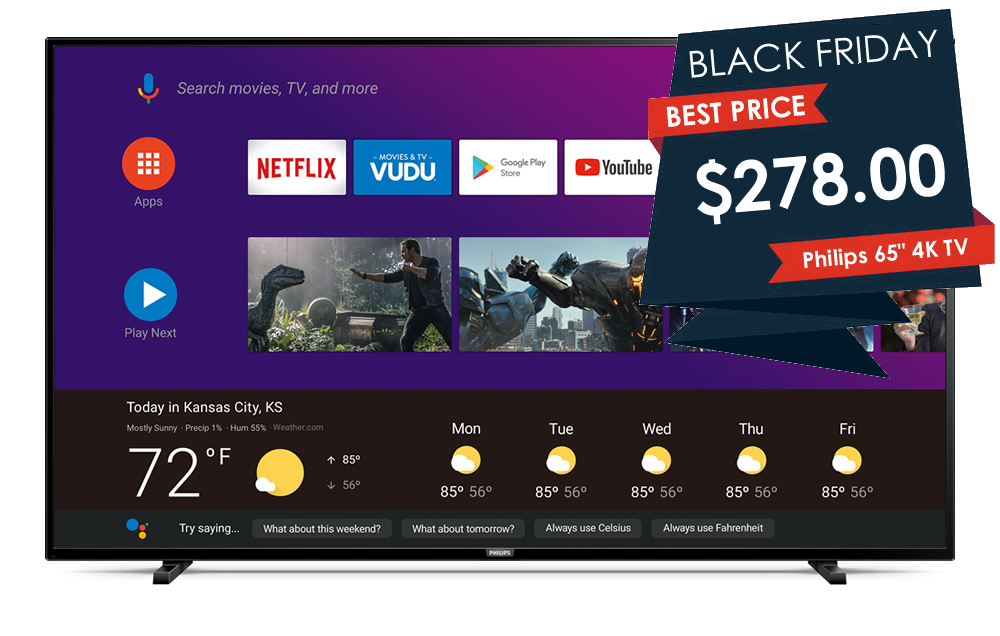 In second place, Target’s Element 65″ 4K Roku Smart TV will be sold at a $279 price point on Black Friday. This 4K TV is featured on the front page of Target’s ad, thus expect lots of interest both in the store and online. 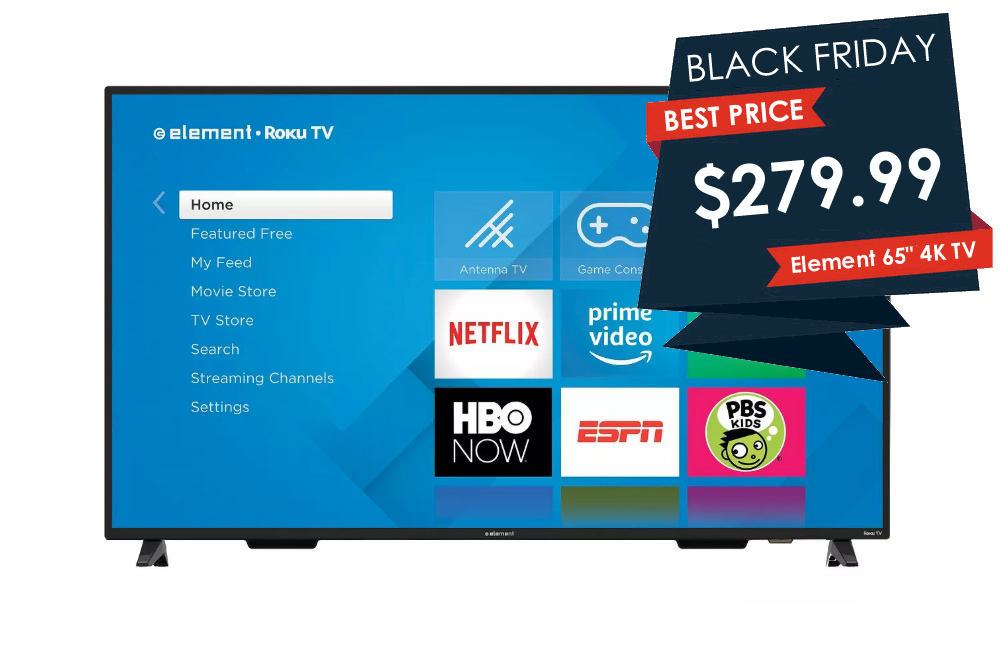 While Best Buy will be open on Thanksgiving, this Hisense 65″ model (MSRP $499) is strategically being held back until Best Buy opens on Black Friday at 8 a.m. According to the ad, tickets will be handed out to customers in line an hour prior to opening. There’s no indication Best Buy will offer the sales price online. 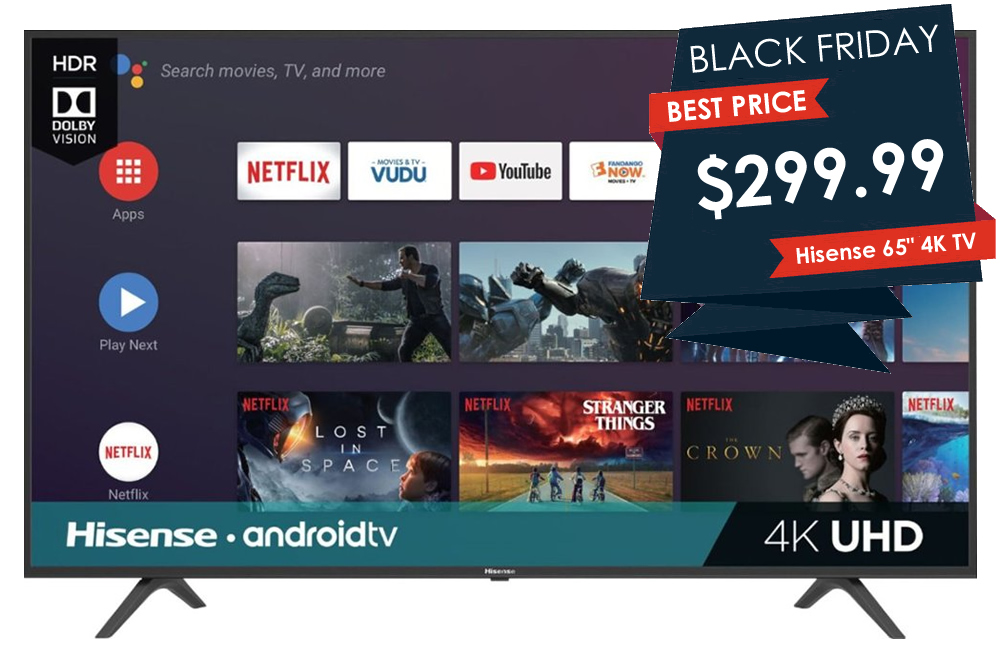 This Hisense 65″  set offers 4K / HDR functionality, 3 HDMI inputs,Motion Rate 120 tech, and includes the Android TV platform for streaming video as well as Google Assistant for finding TV shows or movies.  Disclaimer: Best Buy has “Dolby Vision” in the product image, but no mention in the specifications. It is listed in the product specs on the Hisense page though.

This deal already appeared at Target earlier in the month and will repeat at Target & Best Buy during Black Friday week. It’s a $350 reduction off TCL’s recommended $749 price point. 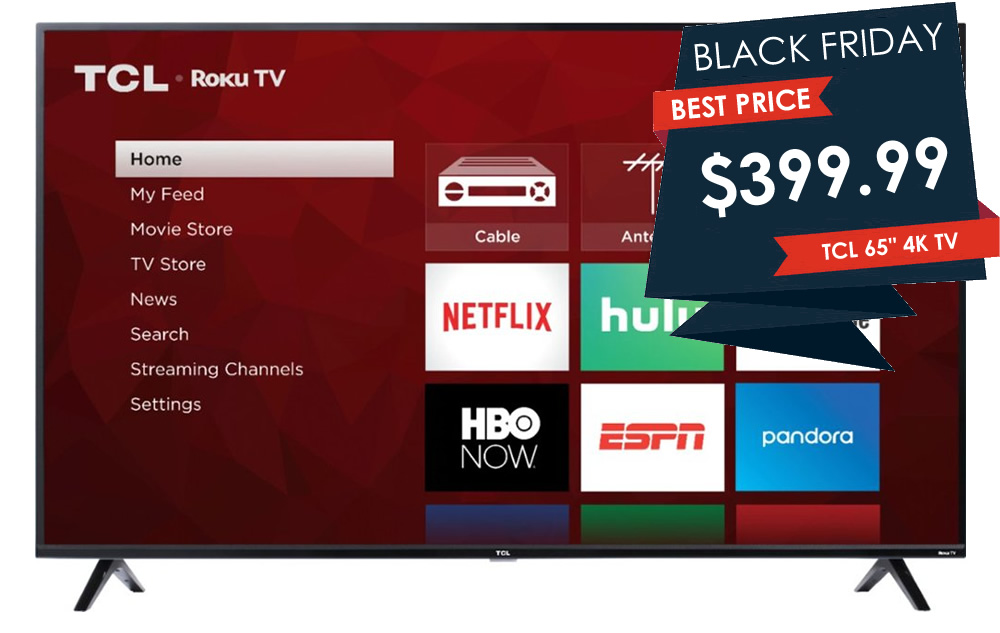 While this sale has been going on for the entire month of November, it’s tough to ignore a $1,000 discount off the MSRP of the Samsung Q70 QLED. You won’t have any problem finding this set in stock at Best Buy and Amazon during Black Friday week. It’s unlikely that the TV will be dropped any lower. 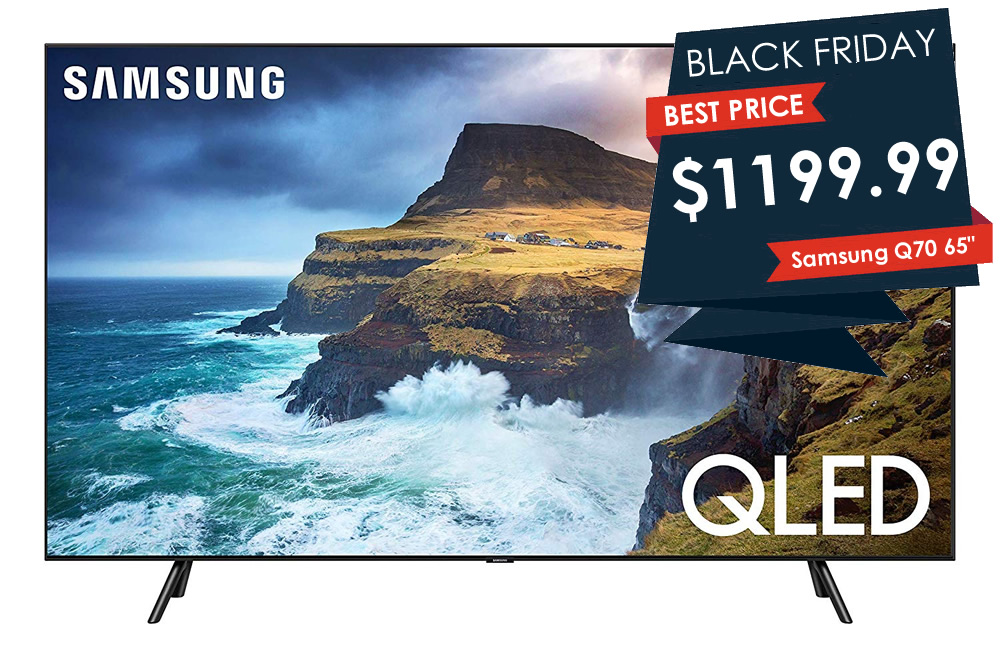 This Samsung set offers 4K, HDR10, HDR10+ functionality,Motion Rate 240, the built-in Samsung smart TV interface and four HDMI inputs. Alternatively, you may also want to watch the Sam’s Club price on the 65″ Vizio Quantum X, which recently dropped to the same price as the Samsung Q70.

Similar to the Samsung, Best Buy have been offering this price for most of November. Shaving $500 off the MSRP, the LG B9 is ranked number 1 in our Top 10 TV’s guide. It offers 4K, Dolby Vision, HDR10, HLG functionality, LEG’s built-in webOS interface, 4 HDMI inputs, Dolby Atmos & DTS-HD decoder and a native refresh rate of 120Hz. 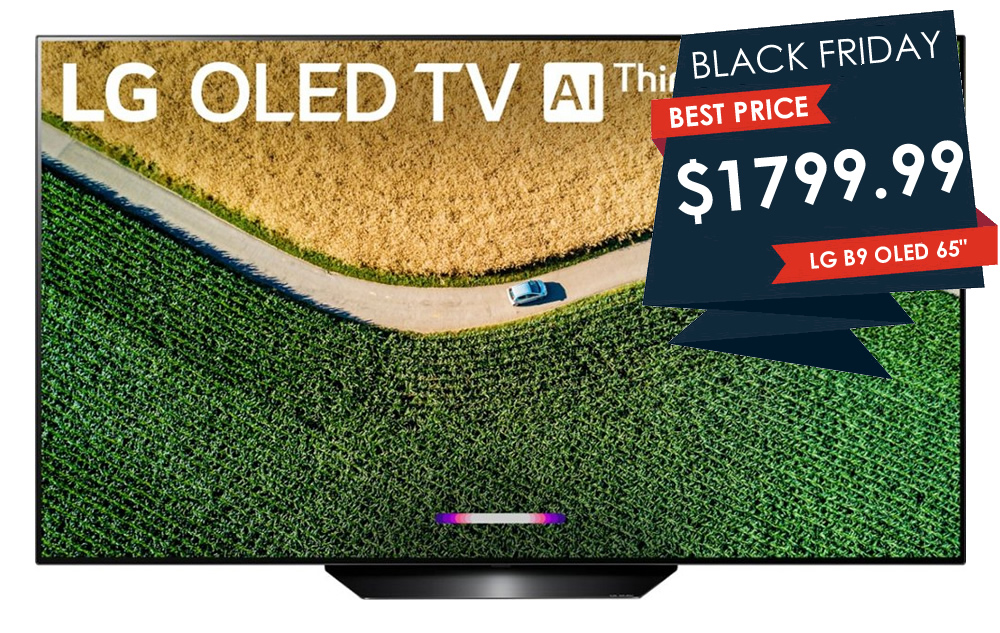 Alternatively, if you don’t mind buying last year’s model, watch the Ben’s feed for some excellent deals. For instance, the 65-inch LG C8 was recently posted for $1499. We also may see Amazon get creative with pricing on some of last year’s OLED models from LG and Sony in order to clear out inventory on Black Friday.

Regarding online sales, be aware that Amazon (and other online retailers) will aggressively price-match or undercut many of these deals prior or during Black Friday. Watch the main Ben’s feed for the latest 4K TV deals.
4KBlack FridaydoorbusterhdtvtelevisionsTV