Do you enjoy feigning ignorance as you purposely mistake Star Trek characters for people in the Star Wars universe? Are you a Dad that’s looking to embarrass any offspring enthusiastic about Star Wars? Or perhaps a teenager hoping to agitate a parent that watched Empire Strikes Back four times in the theater back in 1980? Maybe you just want to have a little fun standing in line for the first showing of the next Star Wars film?

We’ve collected a handful of shirts that could infuriate anyone standing in line for The Last Jedi. (Fair warning in case anyone tries to unleash a can of nerd rage on you.)

May the Force Be With You Shirt 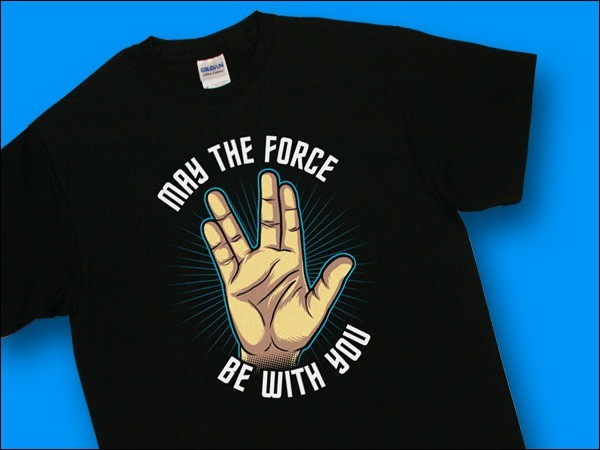 Who doesn’t love a good Jedi mind meld? Or is it called a Vulcan mind trick? We forget. In any case, we recommend using the Vulcan salute (both hands, of course) while quoting random nuggets of Jedi wisdom. 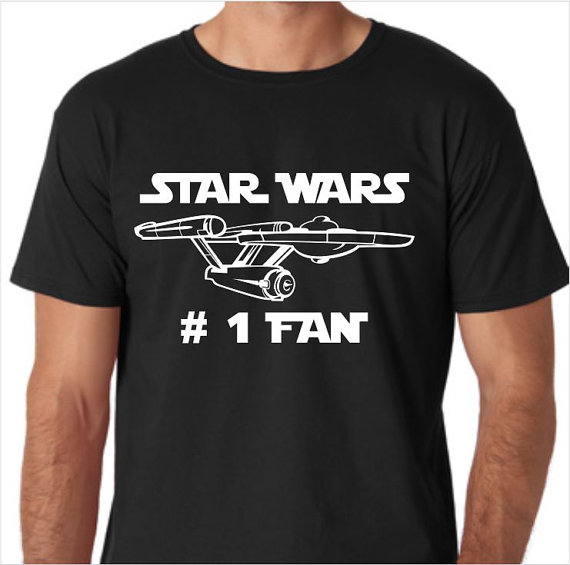 Who is the number 1 Star Wars fan in the entire universe? YOU ARE and you have the shirt to prove it! Don’t let anyone tell you that the USS Enterprise wasn’t the ship that made the Kessel Run in less than twelve parsecs! You know better. You are the number 1 fan, after all. 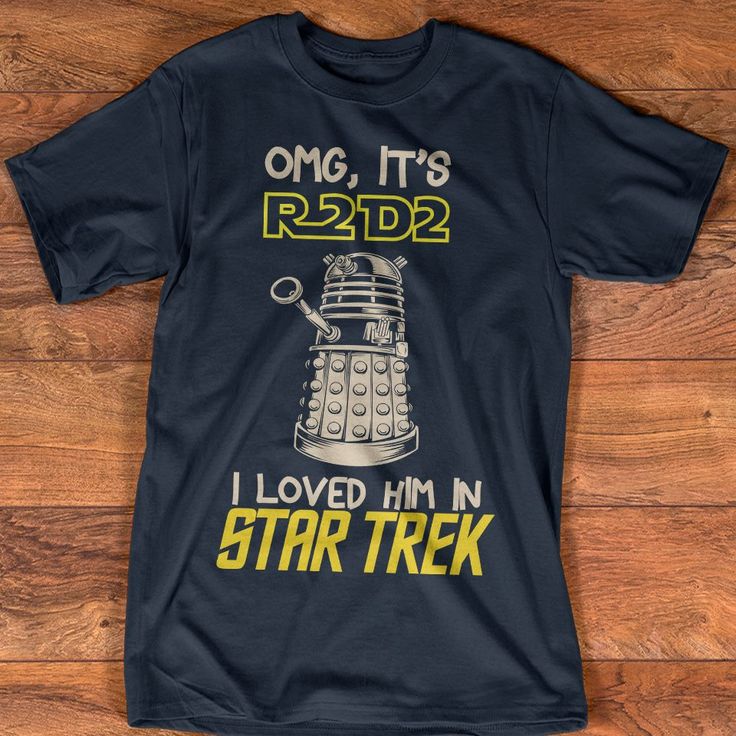 Who doesn’t love everyone’s favorite Dalek droid from the Star Trek universe, am I right? This shirt offers the added bonus of enraging any Doctor Who fan in the vicinity. Be sure to mention how much you love C-3PO in Will Smith’s I, Robot as well. 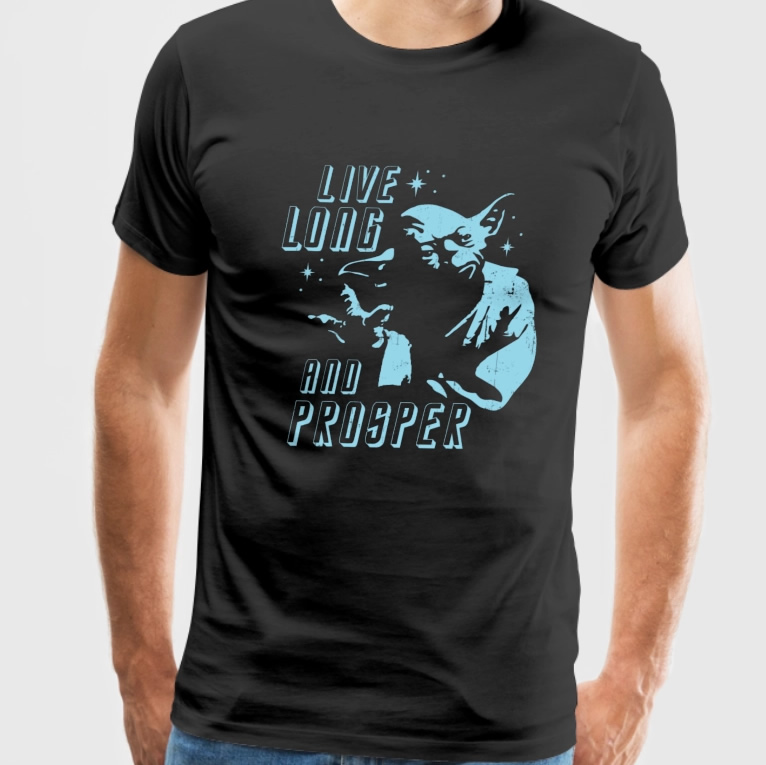 Who can possibly forget that powerful scene in Return of the Jedi as Yoda fades away and offers Luke one last nugget of sage wisdom? Yoda’s last words, “Live Long And Prosper,” will be remembered throughout history. And now you can show that off on a t-shirt! 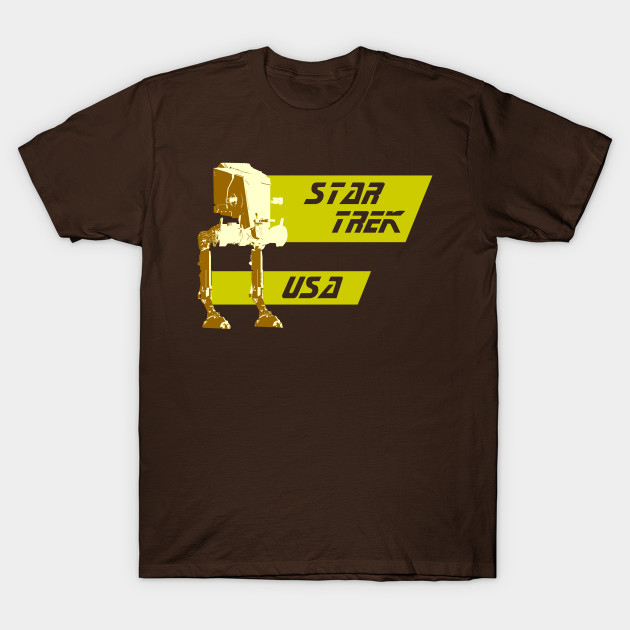 Who says you can’t embrace your patriotism while paying homage to the glorious, American-made AT-ST battle machine?! It’s clearly a dominant force of destructive power in the Star Trek universe; probably made in Detroit sometime after Robocop was built. 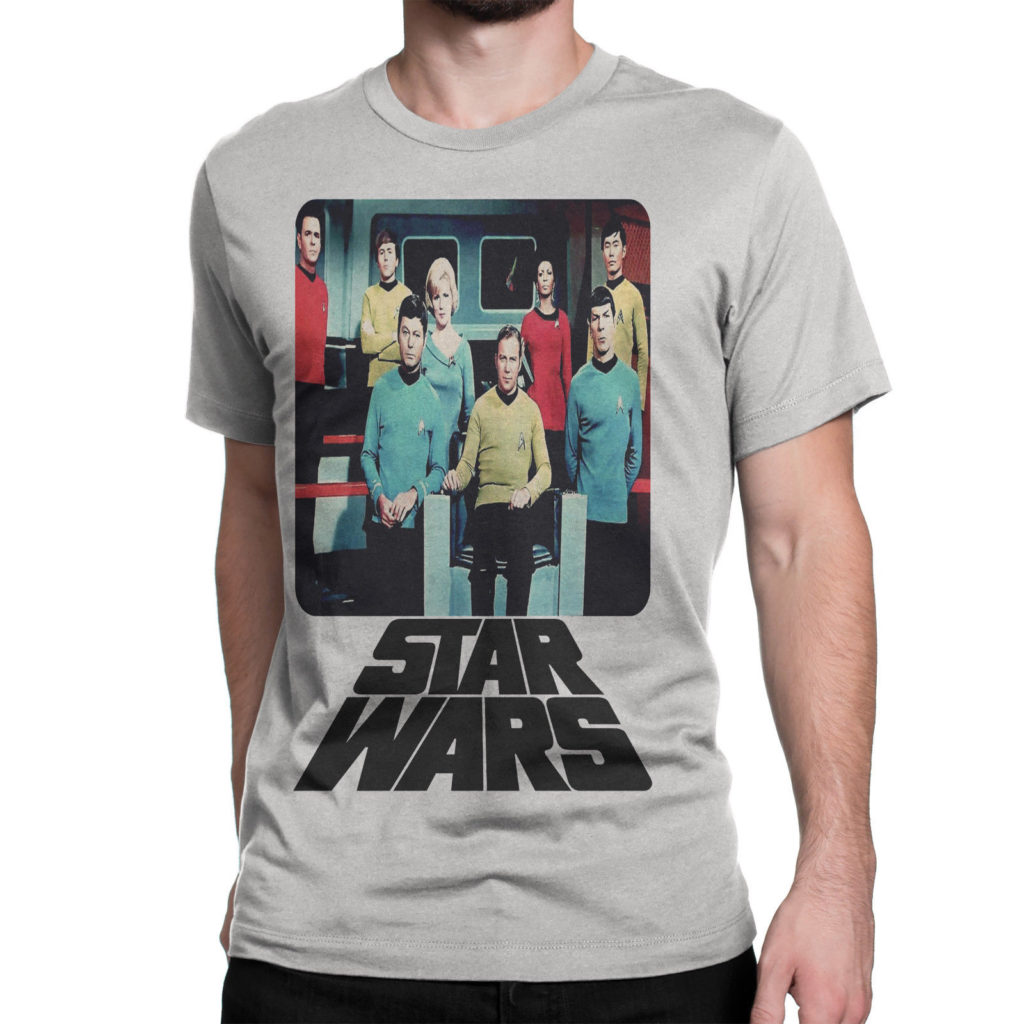 Let’s be honest, the first Star Wars cast was the best Star Wars cast. I mean how can you beat Captain James T. Kylo? Or Lieutenant commander Hikaru Solo? Or ChewSpocka? It’s just one of those iconic casts that will be remembered forever.

Are you getting some weird looks for the shirt you are wearing? Don’t fret! Just break the ice with some of these sure-fire Star Wars conversation starters:

No need to thank us. We just like to help.