With temperatures soaring over 100 degrees in the summer, there’s nothing better than cooling off outside with a water fight. While there are a ton of different water guns and other aquatic toys you can use, we want you using the best of the best. Here’s our selection of super soakers, water balloons and other fun toys that will help you beat the heat. 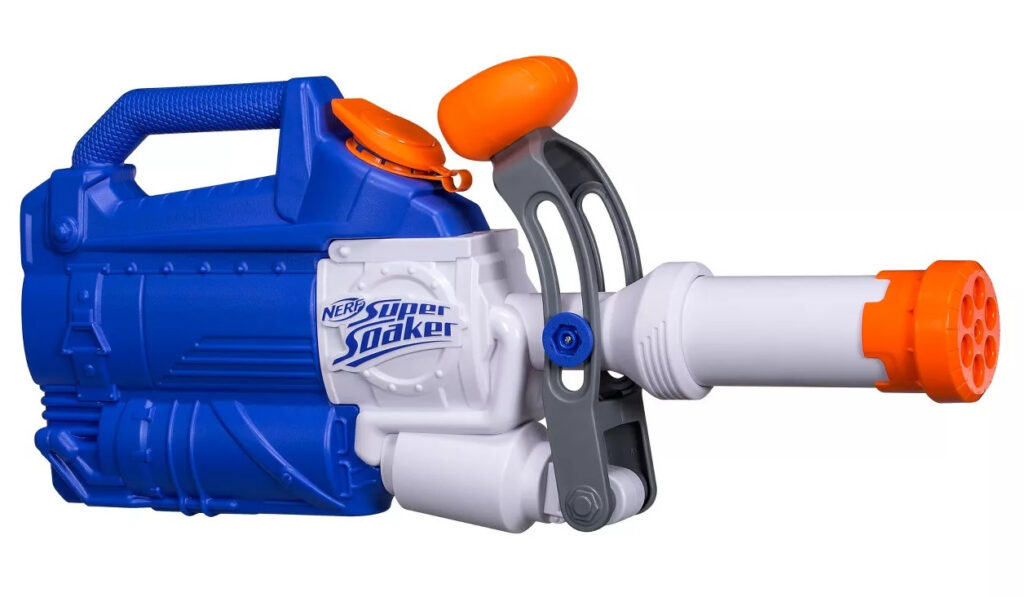 Outfitted with an enormous tank, the Super Soaker Soakzooka will hold up to hold up to 55 fluid ounces and fire a massive blast of water using the orange handle at the top of the Super Soaker. According to YouTube videos, you can get several blasts of water from each refilling, but the range isn’t terribly long. 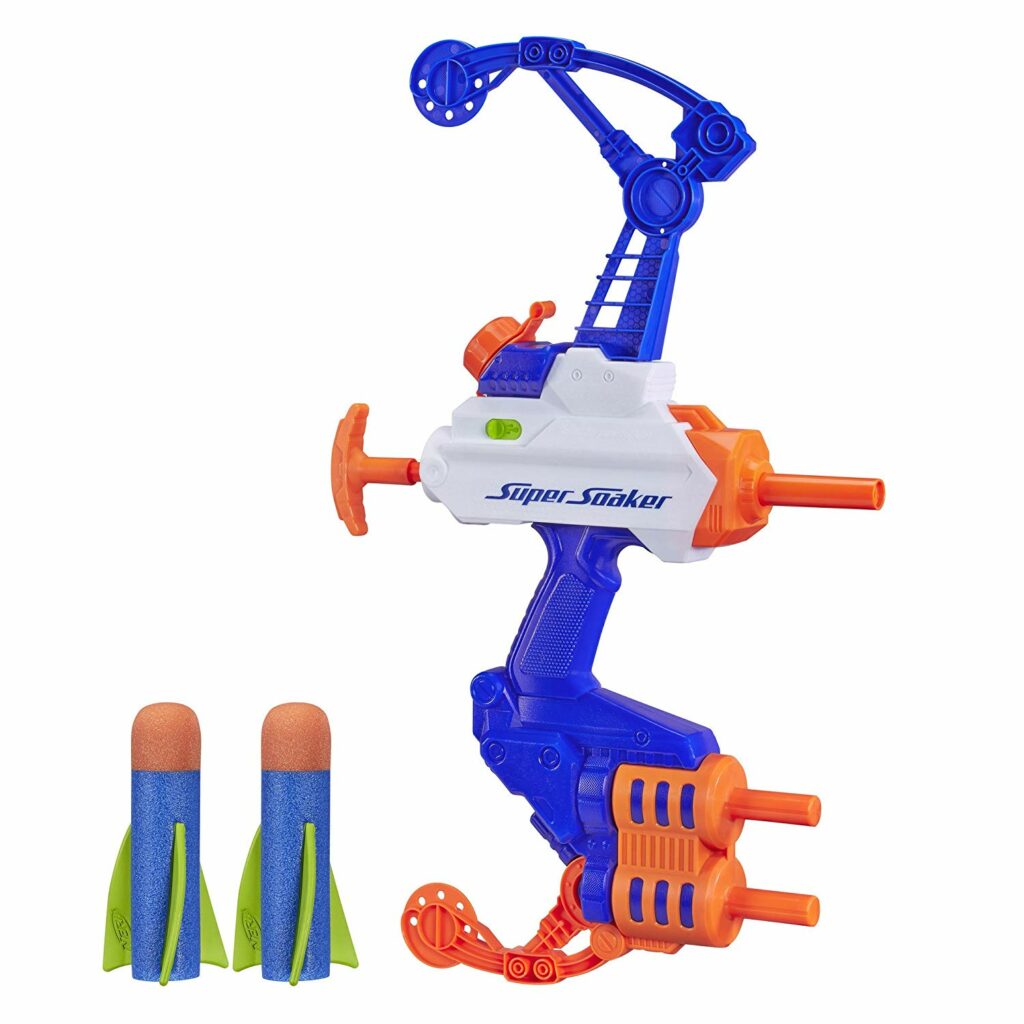 This Super Soaker is interesting because it’s a hybrid Nerf gun and Super Soaker. Users have the option of firing foam missiles soaked in water or simply firing a stream of water up to 30 feet away. The bow comes with two missles (additional units can be purchased) and the tank holds up to 22 fluid ounces of water. 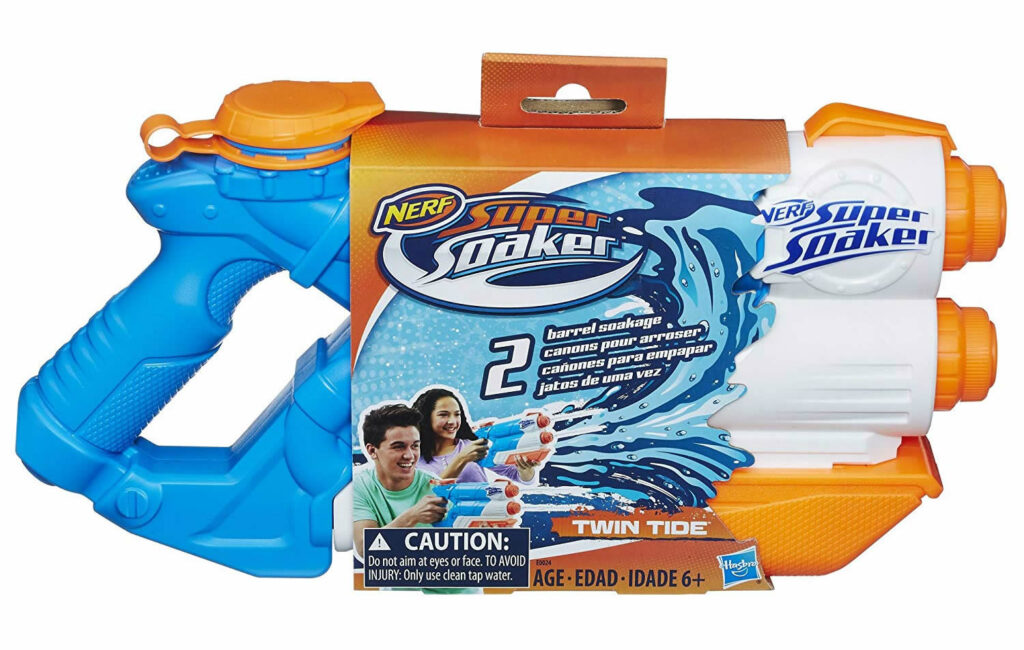 If you are looking for simplicity and affordability, the Super Soaker Twin Tide is a great step up from a standard water gun. Offering a 33 fluid ounce tank, the Twin Tide blasts two stream of water at once and is small enough for younger kids to handle with ease.

Nerf has partnered with Epic to create three new Super Soakers this year, specifically designed to look like weapons from the Fortnite video game. There are three options, a rocket launcher, a shotgun and a pistol. 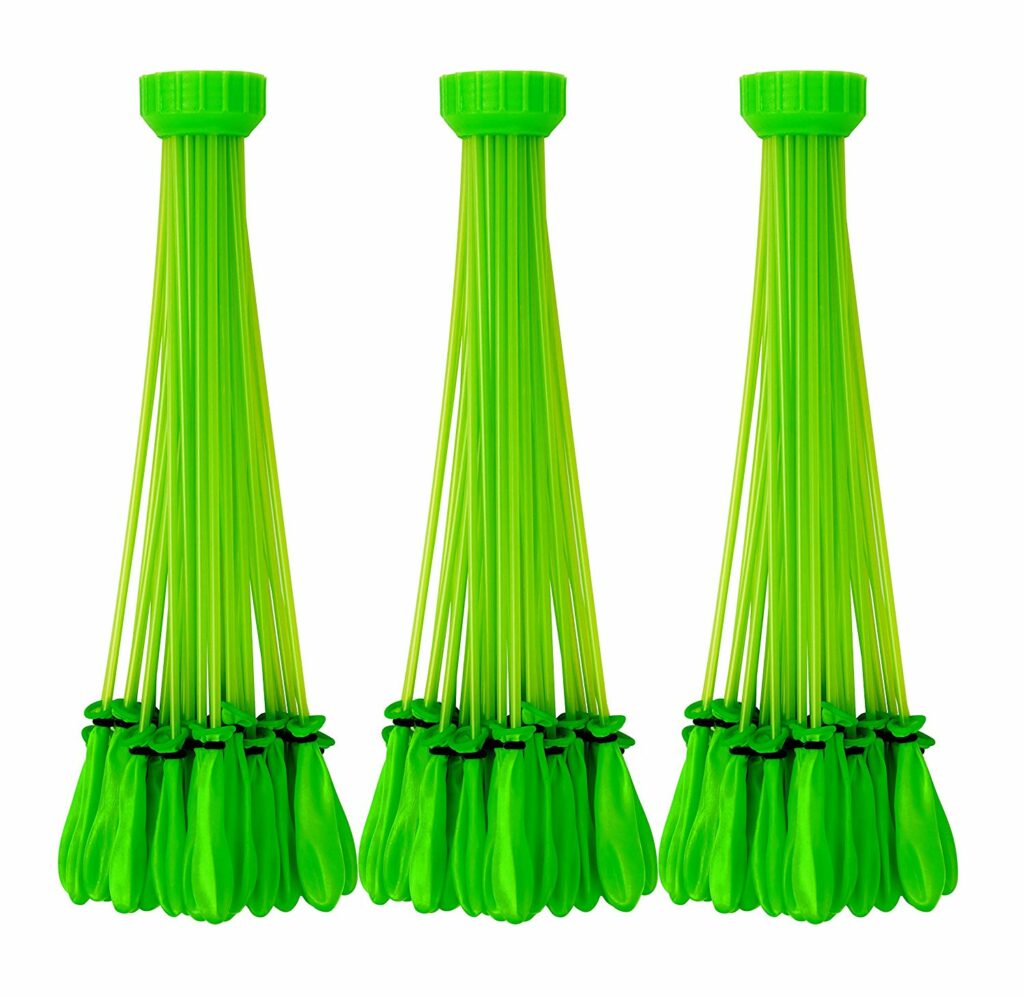 If you are looking for a fast way to fill a few hundred water balloons, the original creator of this concept is called Bunch O Balloons. You can fill and tie off 100 water balloons in less than 60 seconds, ideal for your next big water fight. There are a variety of color options as well as larger bulk options if you need 400 or more balloons. 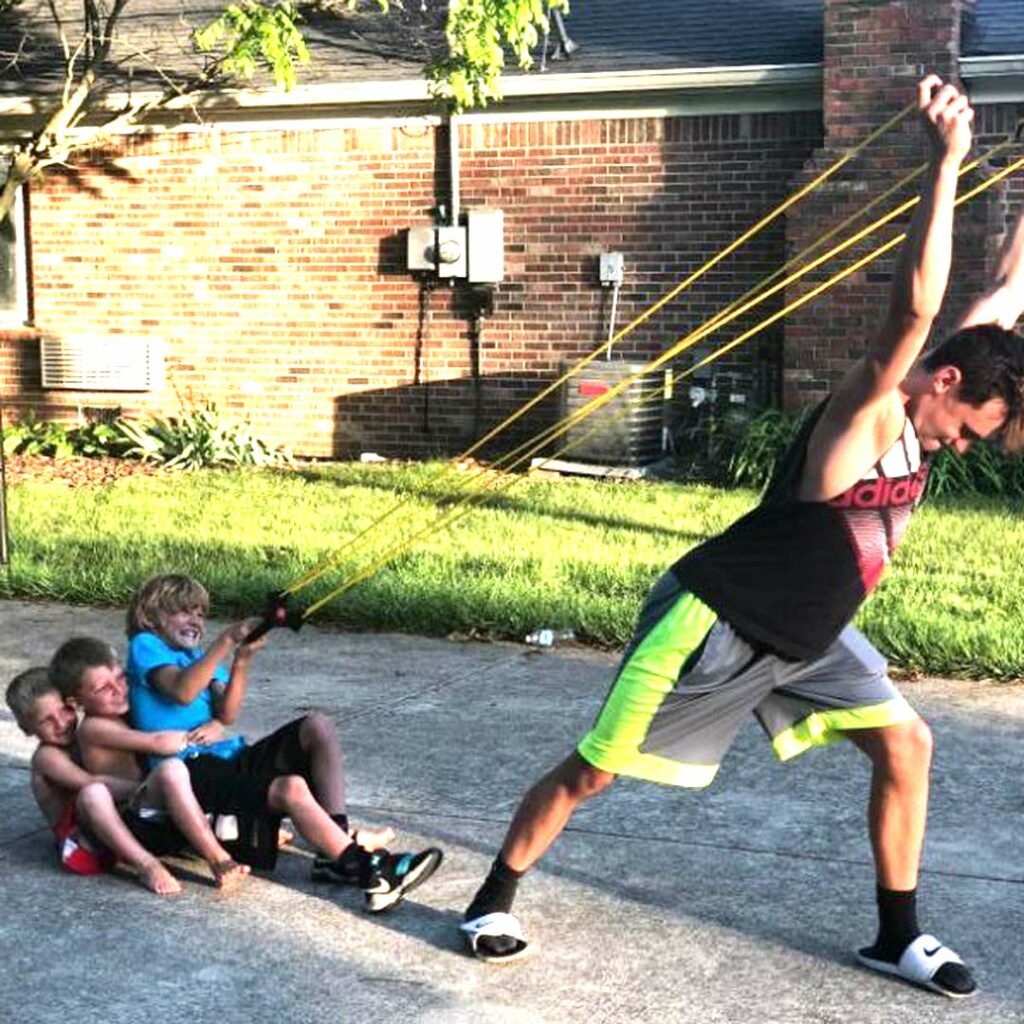 If you are looking to launch a few water balloons into orbit, check out “The Beast” 300-yard slingshot. The kit comes with 300 water balloons and will require a three-person team to launch water balloons. While the 300 yard rating was completed in competition, you can easily launch a balloon across a football field with minimal effort.

If you aren’t near a hose (like in a park) for filling water balloons, you can use the Bunch O Balloons Filler to draw water from a source (like a pool or lake) and fill a couple hundred water balloons easily. Alternatively, you can use the Filler as a makeshit water gun, as long as you have a water supply to draw from.

Firing a stream of water up to 70 feet away, this double barrel Stream Machine  draws water from your pool (or any body of water) and fires a massive stream. One Amazon reviewer stated it was like getting hit with a half gallon of water all at once. 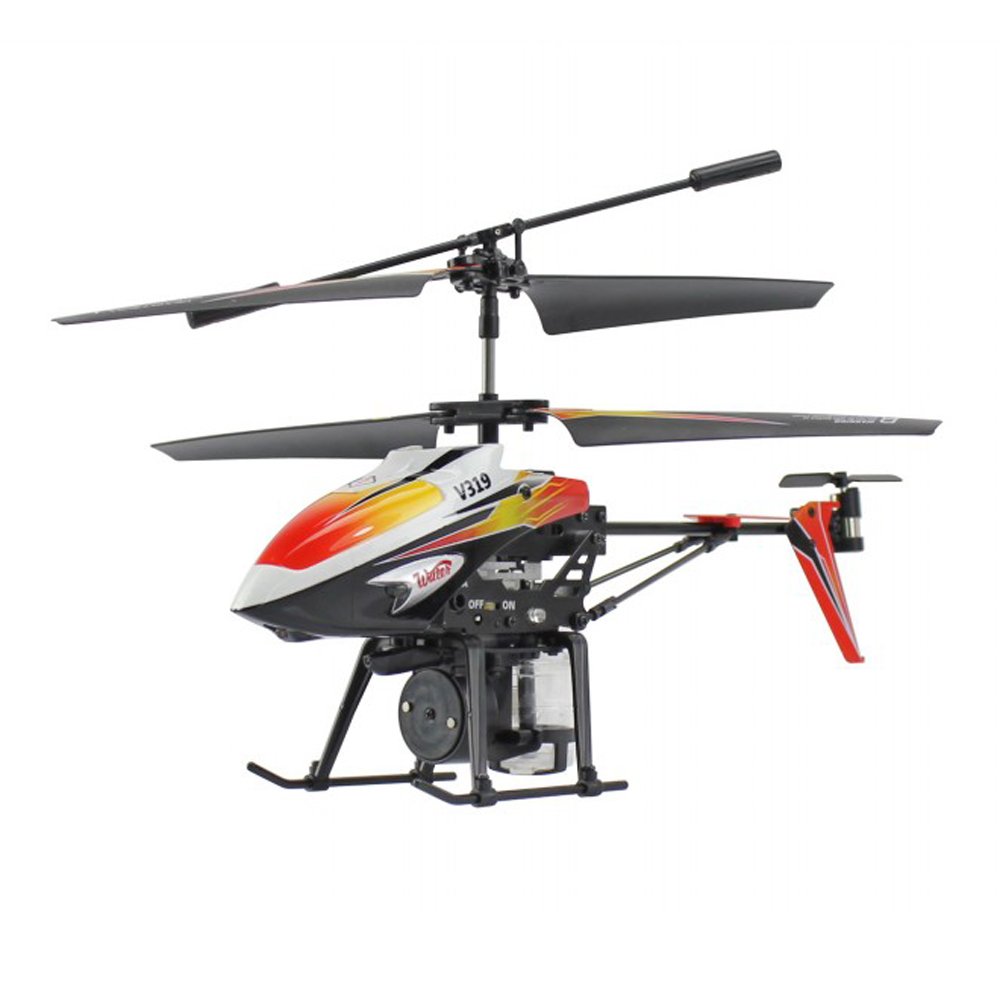 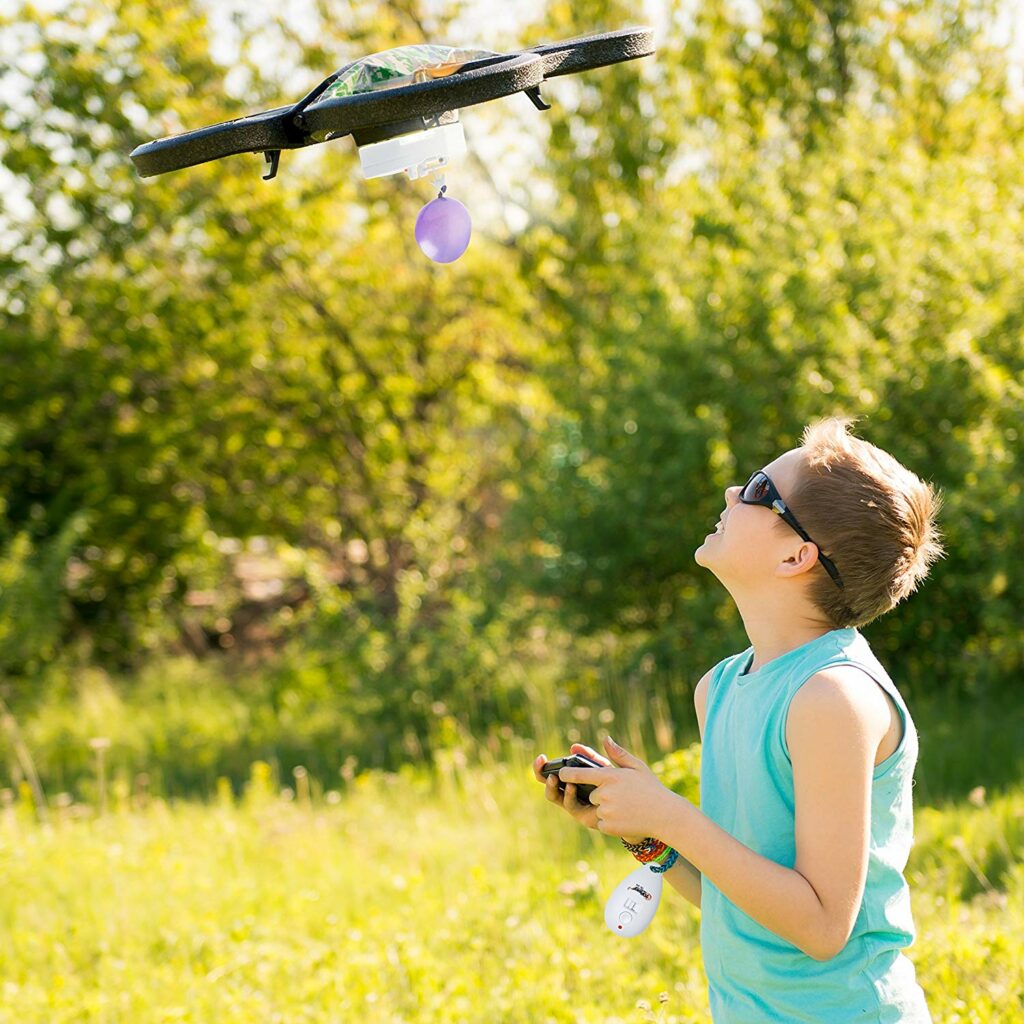 Instead of a squirt gun, why not drop water balloons on unsuspecting targets below?  While you already need to own your own drone, this clip attaches to the bottom of your drone and can remotely release objects up to 180 feet away. And of course, that includes a few water balloons.