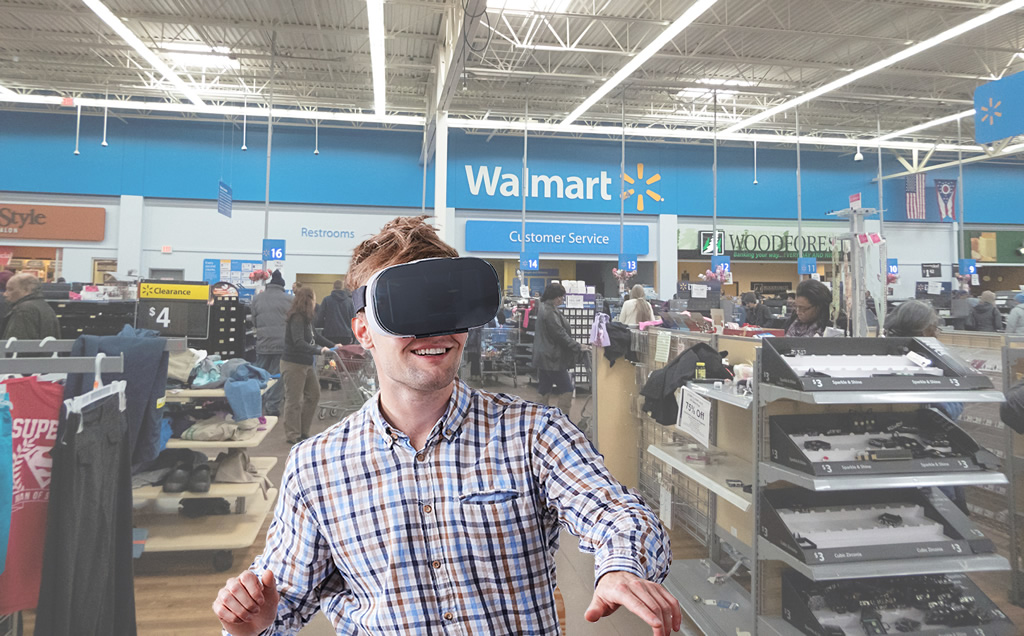 For all the people that are depressed they have to do their online shopping on a boring ole website, Walmart is looking into creating a virtual reality Walmart in which customers can presumably wander and shop.

According to the patents, the customer would put on VR goggles and gloves before entering the virtual reality program. They would enter a three dimensional simulation of a Walmart store and be able to wander the aisles looking for something to buy.

Of course, a customer would have to have all this VR gear at their home as well as a computer strong enough to handle the tech. It also sounds significantly more time consuming than finding what you want on Walmart’s website and making a purchase.

There’s no information in the patent regarding multi-person capability of this VR Walmart world. It’s possible multiple people could shop the same VR Walmart instance or employees of Walmart could pop up in the virtual space to answer questions. (Someone should probably register peopleofVRWalmart.com right away)

These patents are likely a response to Amazon exploring a similar virtual storefront. Both companies often file patents that simply don’t go anywhere. For instance, Amazon filed a patent for giant floating warehouses in the sky and Walmart filed a patent for a drone that flies to your location in a Walmart store to answer questions.