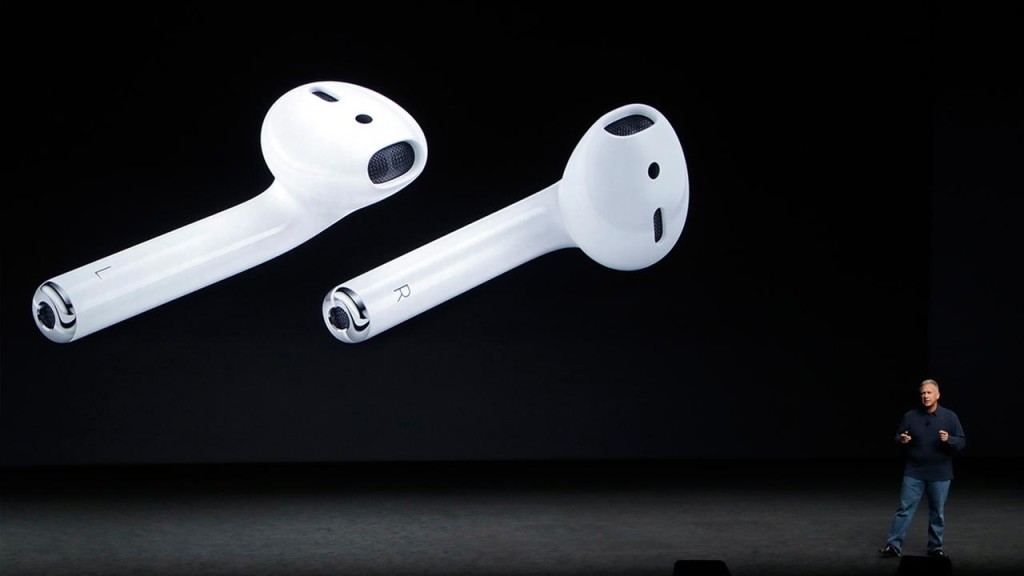 Tacked onto the announcement of the already expensive $769 iPhone 7 Plus (base 32GB model), Apple announced a wireless version of the EarPods that may push your total cost over $1,000 (with tax) if you purchase the bundle. 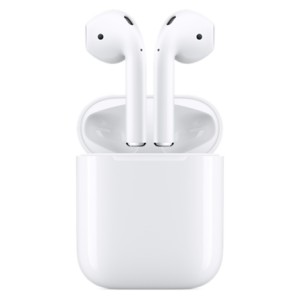 Priced at $159 (roughly $130 more than the new wired version with Lightning jack), the Apple AirPods offer the same sound quality as the wired option, but at more than five times the price!

Destined to get lost in your couch cushions within the first week, Apple AirPods offer a 5-hour battery life (when in use), Bluetooth pairing and touch controls.

More expensive than a 32GB Apple TV, the AirPods include sensors that automatically stop music if one falls out of your ear. Of course, there’s no ‘Find My AirPods’ functionality built-in when you inevitably lose one.

After the insanely priced headphones were announced today, the Twitterverse had lots of fun.

Here’s a sampling of the funniest tweets:

Just saved myself $159 with these homemade #AirPods 👌#AppleEvent pic.twitter.com/5nG7eMAqf8

When I saw the price of the headphones. #AppleEvent #AirPods pic.twitter.com/rzJaTnVKGh — angie baby (@kindnessandfire) September 7, 2016

Worried about losing your wireless Airpods? For just $59.99, let me send you my new invention. #AppleEvent pic.twitter.com/1wzW5u0DnB

The AirPods came a long way from that first prototype. pic.twitter.com/GbzLZ8Nwzr

only looking at the picture and I’ve already choked, died and got one lodged in my ear canal #AppleEvent #AirPods pic.twitter.com/lsl9HpZtjO — Ross Buchanan (@rossy) September 7, 2016

#AirPods? I guess another name was taken. pic.twitter.com/DzI7xUGbbe

When you can’t find your AirPods anywhere pic.twitter.com/t6sUfLT1oA

Are you purchasing the AirPods from Apple? Tell us why (or more likely why not) in the comments below.
AirPodsAppleheadphonesiPhonesmartphone