Right now, the PlayStation 5 exists as projected tech specs and rumored release dates, and the fact that Sony won’t be attending E3 this year provides a good indication that it won’t be coming anytime soon. Therefore, the idea that it’s temporary for Sony to be releasing only a pair of free, lower-profile PS4 downloads each month for PS+ subscribers — and that’s it — should probably be reevaluated. Granted, this isn’t exactly the idea time of year for the company to be unleashing heavy-hitter, AAA titles as freebies; however, since they trimmed down their offerings to just two current-gen titles a month, it’s hard to argue that enthusiasm for the paid service has weakened. A big title would be … big at this juncture, yet instead Sony has provided a well-reviewed but somber interactive adventure and a brisk cooking-themed co-op puzzle game.  These are decent titles that aren’t quite what’s needed right now.  Let’s take a closer look. 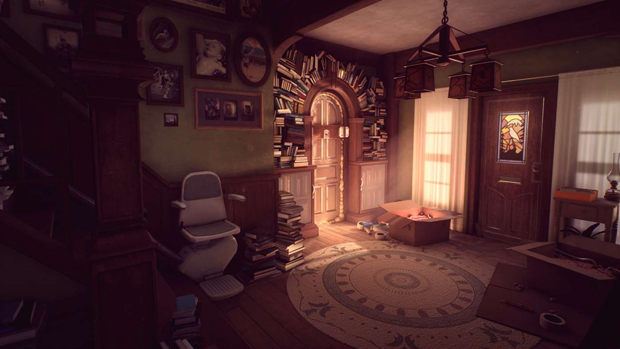 What Remains of Edith Finch

Annapurna Pictures is responsible for producing several powerful, award-nominated dramatic films, from The Master and Her to Phantom Thread and Vice. Up to the task to create something comparably potent in the realm of videogames, they established Annapurna Interactive, with their first published title being What Remains of Edith Finch.  In tandem with developer Giant Sparrow, they’ve created a story hinged on the tragic demise of the Finch family, told through the player-character’s progression through a series of memorial-like rooms and journal entries covering the circumstances of the family members’ deaths.  Far more of an experience than a traditional game, What Remains of Edith Finch aims to unsettle those watching with a dark transportation through a seeming cursed string of lives, tapping into unique and surreal beauty as it essentially takes up the space of a feature-length movie in timespan. Both critics and players agree it’s one of the best of the niche genre, and a victory for games as an art. 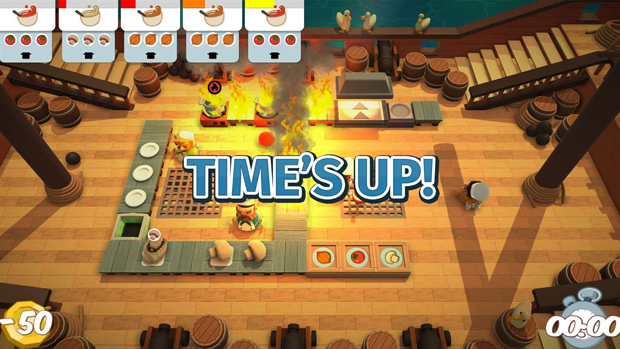 Have you ever cooked something under less-than-ideal circumstances in the kitchen? Say, with an oven that has tricky temperature levels, with little counterspace for all the chopped ingredients, or with duller knives than you’d like? Well, Overcooked is just like that … only instead of cramped kitchens or wonky utensils, you’re trying to whip up food in between moving trucks, on a ship rocking in the water, or around flaming countertops. Okay, fine, it isn’t anything like that. Tapping into a similar attitude to that of Cooking Mama and its many B-level competitor clones, the game features coop gameplay where chefs scramble to overcome problems in puzzle-based environments, hinged on strategic movement and quick reflexes as the player manages ingredients and attempts to keep their kitchen in one piece. Unfortunately, despite a warm-enough reception, the absence of online multiplayer leaves a bad taste in many players’ mouths.