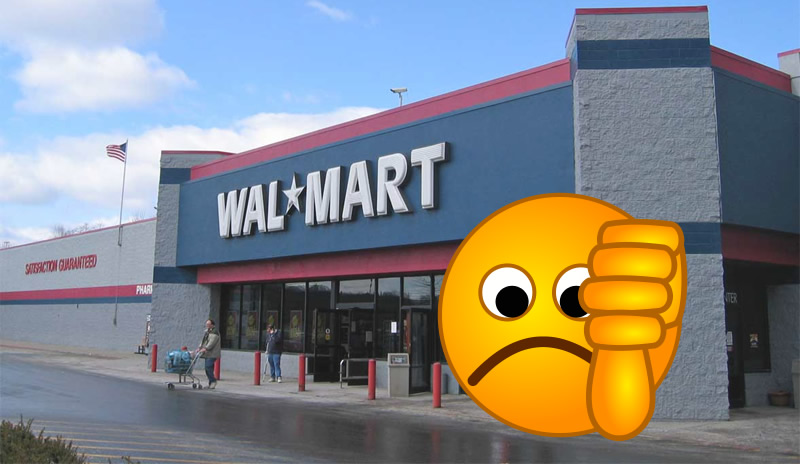 Taking a step back from the Black Friday frenzy of doorbusters, Walmart is shifting strategies this year by offering deals that last for longer periods of time as opposed to short term deals. What’s the drawback to that approach? The deals in their 2015 Black Friday Flyer are the worst we have seen in years.

If it was just removing the doorbusters, that would be one thing. However, Walmart has scaled up prices on typical doorbuster items as well as offered a smattering of non-competitive prices across a variety of product categories. 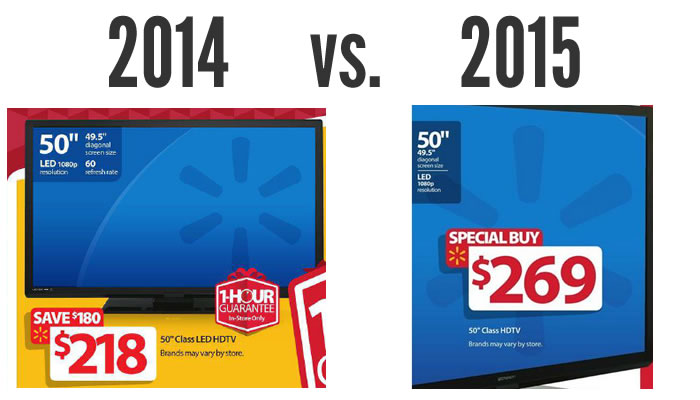 Last year’s big HDTV doorbuster at Walmart was a 50-inch LED HDTV (no brand specified) for just under $220. This year, we have an identical model priced more than $50 higher compared to the previous year.

Last year, Walmart discounted the $200 Beats Pill by 50 percent. This year Walmart is discounting the Beats Pill by 25 percent. Interestingly, Target already beat Walmart’s advertised price by $30 with a sale on November 9th and will be beating Walmart’s BF price by $10. 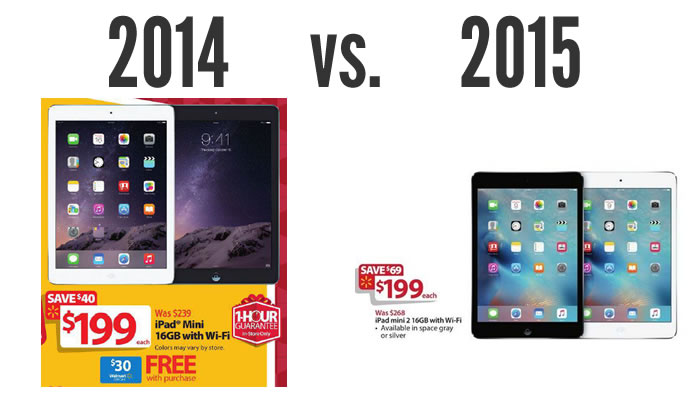 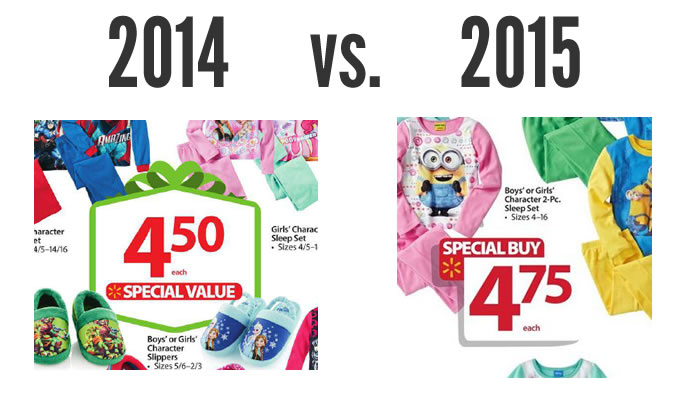 While raising prices by a quarter aren’t going to make much of a difference to the average shopper, it’s going to impact Walmart’s bottom line tremendously. If they move 500K pajama sets during the sale, that’s an additional $125,000 in revenue for raising the price.

What about Walmart versus Target?

On top of these pricing changes, there’s a number of products that Walmart has opted into being non-competitive on against one of it’s major rivals, Target. Here’s are are a few examples:

Both stores will be discounting the Xbox One Gears of War edition from $349 down to $299. However, Target will be offering an additional $60 gift card with the purchase while Walmart is only offering a $30 gift card. 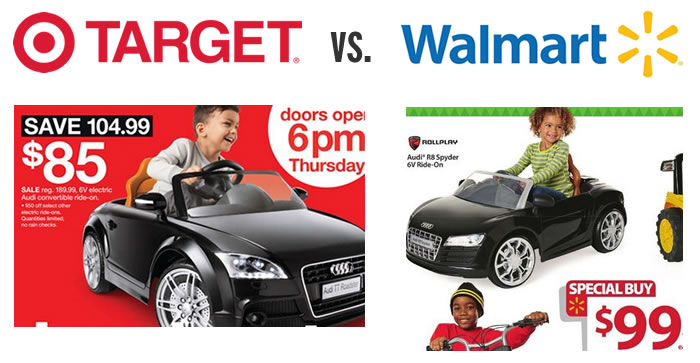 Target has chopped about $105 off the MSRP of this Audi ride-on car while Walmart is content to price the car $15 more than what Walmart is charging.

Once again, Target leads the pack with a big discount on the recently released Guitar Hero Game while Walmart is matching Best Buy’s $69 price. However, Best Buy is also throwing in a mic with the bundle. 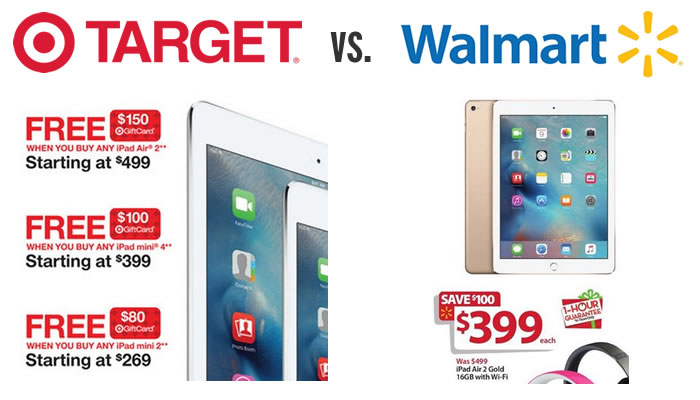 Walmart is discounting one model of the iPad Air 2 down to $399 this year. While Target is still charging full price, you will receive a $150 gift card as well as have your pick of any color. That’s a net gain of $50. In addition, Target’s iPad Mini 2 is arguably a better deal. The $80 gift card brings the iPad 2 Mini cost down to $189; $10 cheaper than Walmart’s price. 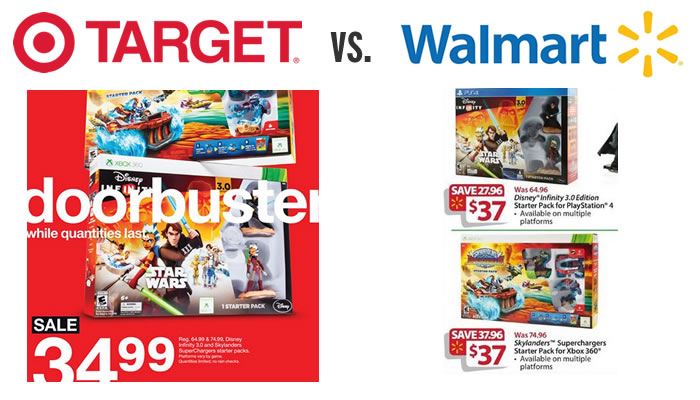 While a minor difference in price, it’s still an obvious savings for anyone that wants to score a great deal on Disney Infinity 3.0 or Skylanders Superchargers. However, we should note that Walmart is charging less for additional Infinity 3.0 figures ($9) as opposed to Target’s price ($11).

What Does This Mean for Black Friday?

If you are interested in doorbusters, Walmart has fallen from a 1st-tier, “Let’s go stand in line for hours” store down to a 2nd-tier, backup store that can be used for people that missed out on the best prices at all other retailers. That’s the most logical approach to shopping at Walmart this year since they have opted into this strange no-doorbuster strategy. Other products in the ad are priced competitively, but can be found for the exact same price at other stores.

Are we saying you shouldn’t shop at Walmart at all this year? No. We did spot four solid deals in the ad that are intriguing. Those items include:

However, we wouldn’t be shocked to see online retailer like Amazon match all of these prices on Thanksgiving and Black Friday. We would advise targeting the best price you can online as deals start to appear at midnight on Thanksgiving, then use Walmart as your backup retailer.

What do you think about the Walmart Black Friday 2015 ad? Let us know in the comments below.