With the approach of Halloween and the end of division matchups leading into the World Series, it’s hard not to first imagine horror movies and baseball when one thinks of October. Now, yes, Sony has made some questionable decisions throughout 2019 in terms of their PlayStation Plus offerings, but they’ve taken the appropriate cues here and delivered on a pair of PS4 titles for this month that speak directly to those seasonal desires … and they’ve done so in the best way possible.  The most current version of the leading baseball video game franchise? Check. The remastered version of arguably the most universally appreciated survival horror game ever created? Check. Especially in comparison to their competition, Sony has clearly zeroed in on their strike zone and didn’t hesitate whatsoever in hitting it this month. Let’s take a closer look.

Granted, there isn’t much competition to be had on this front: if you want to play a realistic baseball simulator, you’ve got The Show.  Yes, games like RBI Baseball and Super Mega Baaseball have their place, but there’s something entirely absorbing about digging in to play Sony’s exclusive, longstanding franchise. It has gotten to the point where it’s on the same level as EA’s games for … well, just about all other sports, in that the year-to-year changes have become incremental, sometimes yielding slightly more positive results and others resulting in slightly more negative turns than the last iteration.  Both critics and fans view The Show 2019 as the franchise on the upswing after a less-than-stellar year, with a few tweaks to career/season modes worked into its routinely lifelike graphics and gameplay. It’s pretty amazing that Sony and The Show have kept the corner of the baseball sim market locked down as an exclusive for this long, yet here we are, and it doesn’t look like they’re getting benched anytime soon. 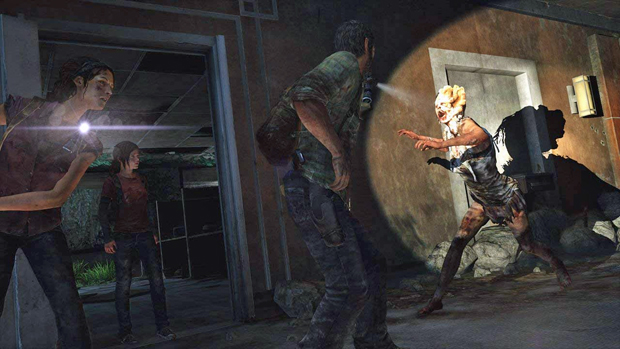 The Last of Us: Remastered

Is The Last of Us the scariest survival horror game out there? Opinions vary on this kind of thing, sure, but I would imagine that most gamers would say “no” to that question. For it to succeed in what it sets out to do, it doesn’t need to be the scariest. The folks at Naughty Dog have become masters as crafting characters, then throwing them into peril in ways that make those playing genuinely give a damn about what’s going on.  With The Last of Us, the peril involves zombie-like fungal “infected” people, and the narrative ties into a blossoming near-paternal bond between hardened smuggler Joel and his human contraband, Ellie, who somehow holds the key to a cure for the pandemic. The third-person shooter controls are impeccable, the graphics are enormously immersive, and the tension remains at a consistently buzzy, weighty level, but it’s the potency of their story and how that informs everything previously mentioned that makes this Naughty Dog’s masterwork. Can’t wait for The Last of Us 2.