Xbox Rams Ahead With Indies, Toughies With June’s Games With Gold

An alien invasion, a red cubic hero, and a renegade goat make up the players in Microsoft’s odd, marginally satisfying freebies for Gold members in the month of June. Each console seems to have a little bit of a theme going for it. For the Xbox One, they’re offering two radically different open-world games, one made for driving around and one made for head-butting around. And for the Xbox 360, they’ve delivered two games that pride themselves on their difficulty among radically different genres, from the nostalgic reflexes of platforming to turn-based strategy in a science-fiction environment. 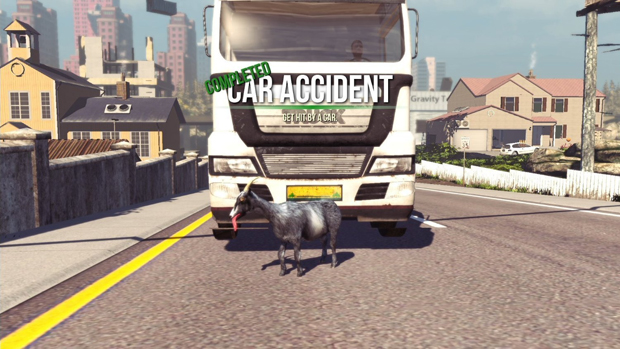 Originally released for the PC, Goat Simulator began at Coffee Stain Studios as little more than a joke wrapped around an early alpha tech demo. As seen in early YouTube videos, the studio had produced an insane, at times barely-functional experience devoted to unleashing chaos upon an open-world space from the perspective of a goat, driven by style points and filled with quirky bugs throughout. By request of viewers, and with the wackiness intact, Goat Simulator eventually dropped in on the Steam platform as a (relatively) finished game, and then galloped over to the Xbox One.  The enjoyment someone will get out of this critic-proof oddity will likely depend on the longevity of its novelty value: a blend of world demolition, Tony Hawk-esque freestyle traveling, and glitchy surreal humor.

Ubisoft paired up with the folks at Ivory Tower, the French development team made up of Need for Speed and Test Drive veterans, to assemble the newest riff on the next-gen racing experience, simply titled The Crew. An online-centered action racer, it features a sprawling environment to zoom through and a story mode that seems like it’d feel right at home in the Fast and the Furious movie franchise. While critics were kind to the vast landscape and narrative, they were equally harsh to its visual presentation and other issues familiar to Ubisoft with the likes of Assassin’s Creed: Unity: the online integration and the frequent microtransaction functions.   Noble intentions and novel design concepts are left in the dust because of its other pursuits. 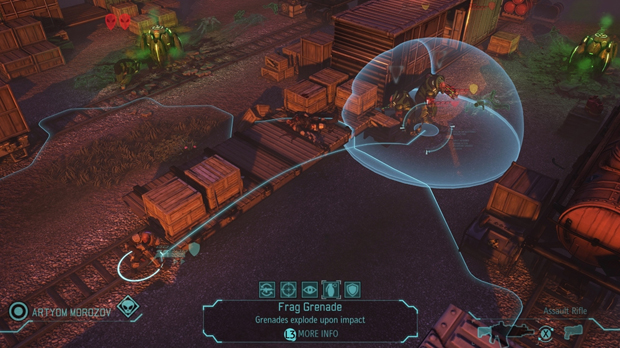 Following up on the success of their Flash-based game, Meat Boy, the duo of Edmund McMillen and Tommy Refenes furthered the platforming goodness with the aptly titled Super Meat Boy. As the titular hero in search of his girlfriend, the equally square Bandage Girl, the player scales walls and avoids the sharp ends of spikes and twirling blades across over 300 levels, leaving gory little stains in the little guy’s wake. In a style reminiscent of Super Mario Bros., both in its level design and its precise control handling, Super Meat Boy has justly earned its reputation for being both a blast from the past and quite punishing in its difficulty.  It’s not going to be for everyone, but it really hits the spot for those who relish a challenge.

Microsoft continues its run of demanding games this month with XCOM: Enemy Unknown, a tweaked remake of a mid-’90s strategy game. The team at Firaxis Games tries to land in that mythical space between real-time and turn-based strategy combat with their science-fiction outing, which depicts the XCOM military organization embroiled in a modern-era defense front against invading aliens. Between commanding a squad of soldiers during tactical strikes from a top-down perspective, the player uses their strategic maneuvers to navigate the research and development initiative against the invaders, improving the base of operations and allocating resources. What resulted from Firaxis’ efforts has been regarded as a taxing yet rewarding experience that transcends its turn-based roots, driven by the tension of its atmosphere and combat.

gamesGames with GoldXboxXbox 360Xbox One