After iOS 8 launched this week, consumers have started to notice a new icon on the lock screen of their iPhone. Positioned in the bottom left corner of the screen, the icon is completely dependent on the user’s location and the installed (or available) apps on the phone.

For instance, if a user is near a Starbucks location and has the Starbucks app installed, a ghost white version of the Starbucks app button will appear. It also displays an App Store icon in the corner, if you don’t have the app.

If you swipe up on that icon, you immediately launch into the retailer’s app. It’s likely that Apple has tied this to the Maps data, thus store integration of a location beacon would not be needed. In many respects, the icon acts as a reminder that you have the store app installed, thus you may be able to take advantage of location-based coupons or special offers. Or perhaps simply using the app to place an order and checkout.

It wouldn’t have to be limited to retail storefronts either. Pretty much any organization that sells access tickets to events could take advantage of this feature; places like the zoo, the movie theater or concert venues. It could be used for travel as well, places like the train station or even the airport. It would also be useful for restaurants as well, encouraging diners to download the company application.

Of course, if you aren’t interested in receiving a app recommendation based off your location, you have the ability to turn it off in the Settings app. Within Settings, tap on the “iTunes & App Store” section and scroll down to the “Suggested Apps” section. Tap the toggle on “My Apps” and “App Store” to flip off those notifications on the lock screen. (see below) 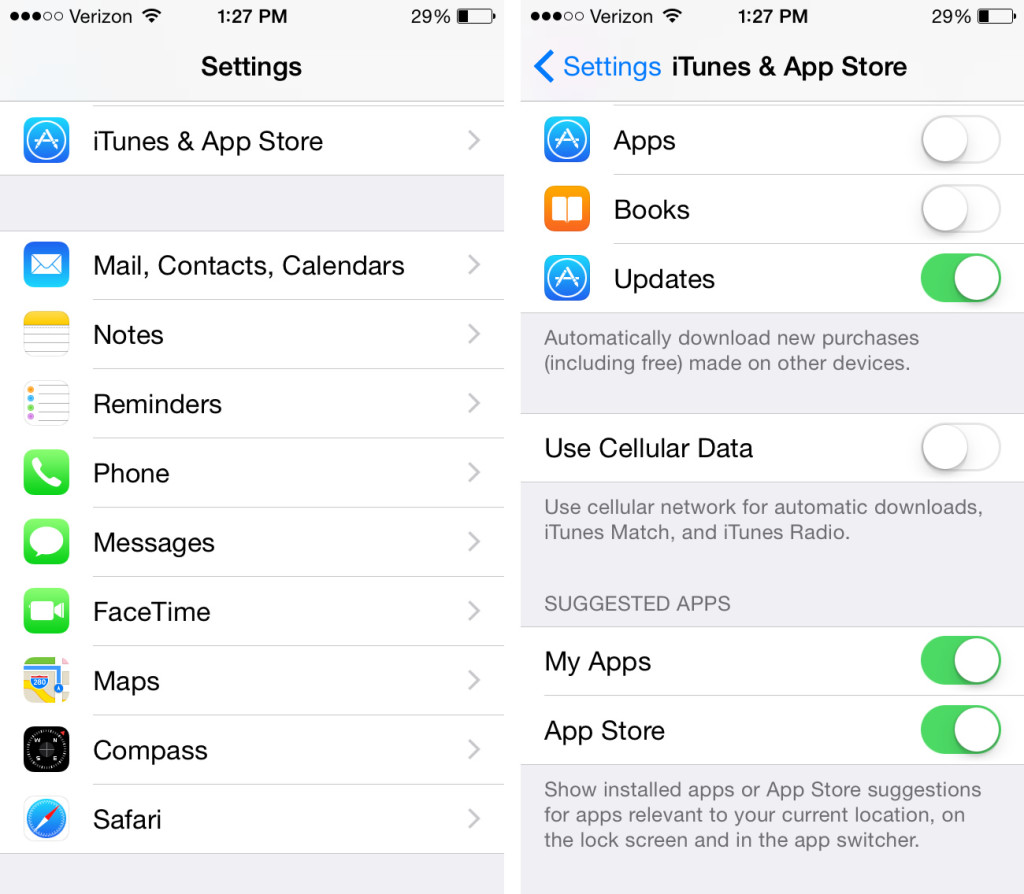