Shut Up and Take My Money: The Child (Baby Yoda) Animatronic

Announced today at the New York Toy fair (and available for preorder now) along with a ton of additional Star Wars toys, The Child Animatronic is the latest offering in official Star Wars merch from Hasbro. Available during late Fall 2020, the cute Baby Yoda toy is priced at $59.99.

If you touch The Child’s head, it will activate more than 25 sound and motion combinations. The toy’s head moves up and down, the ears move forward and back and the eyes open & close. Sounds are identical to the effects heard in Disney’s The Mandalorian. 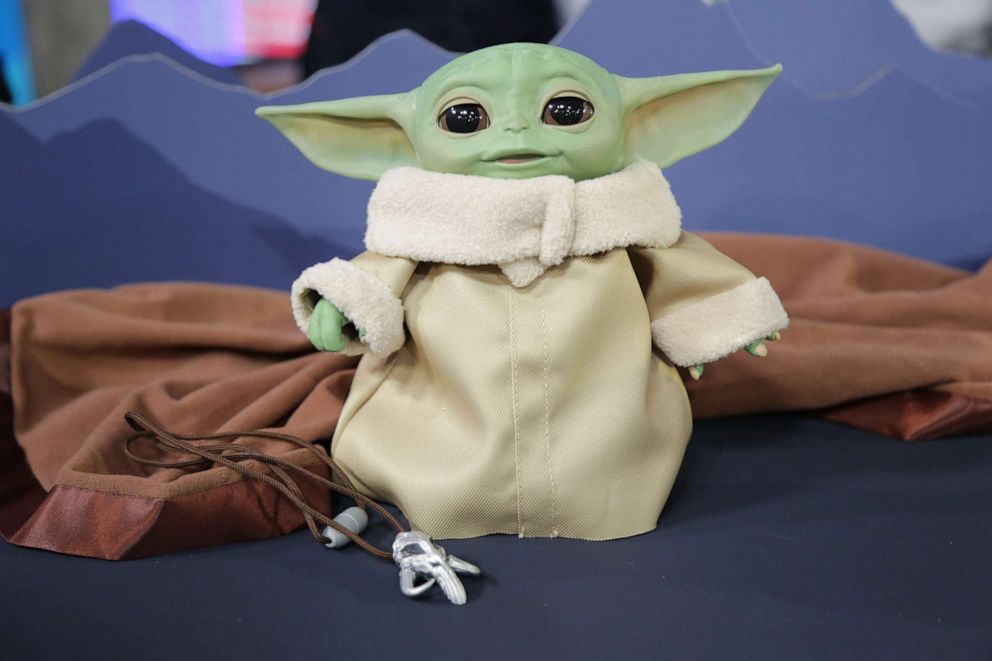 In addition, Hasbro has programmed an additional feature to replicate The Child when it uses the Force. The Child will close it’s eyes, raise an arm and “use the Force” similar to the show. You can also lay The Child down to sleep after exerting all that powerful Force energy.

It comes with The Child figure as well as a Mandalorian pendant. It will require 2 AAA batteries and be available at most major retailers. Here’s a promotional video to see how the animatronic operates: