Shut Up and Take My Money: Star Wars BB-8 Droid

Emulating the appearance of the BB-8 droid in the first Star Wars: The Force Awakens trailer, the high-tech toy can be operated with your smartphone (either iOS or Android).

Operating over a Bluetooth connection, the BB-8 has an operating range up to thirty meters and a battery life up to 60 minutes. According to reviews, it takes roughly three hours to on the inductive charging station. 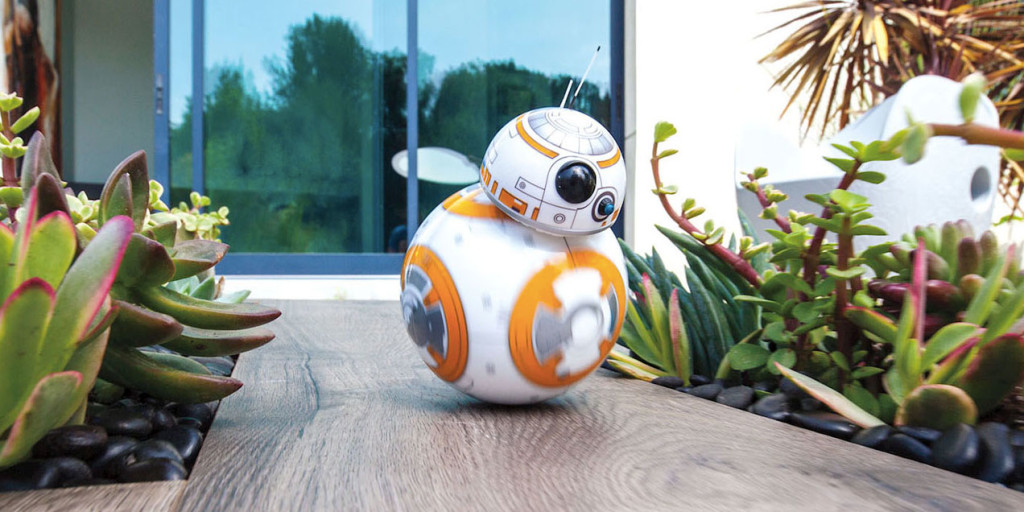 Besides direct control the toy using a smartphone, Sphero has also included voice control using the app as well as an autonomous patrol mode that explores the area. There’s also an augmented reality feature that uses a smartphone’s camera to display a “hologram” image appearing to emanate from the toy.

Probably going to be a highly sought after toy when the Star Wars film is released later this year, Sphero set an MSRP for the toy at $149.99. It’s likely that the company will continue to support the app and add additional features in the future.

You can check out a video of the BB-8 interacting with puppies below as well as additional product shots of the toy. 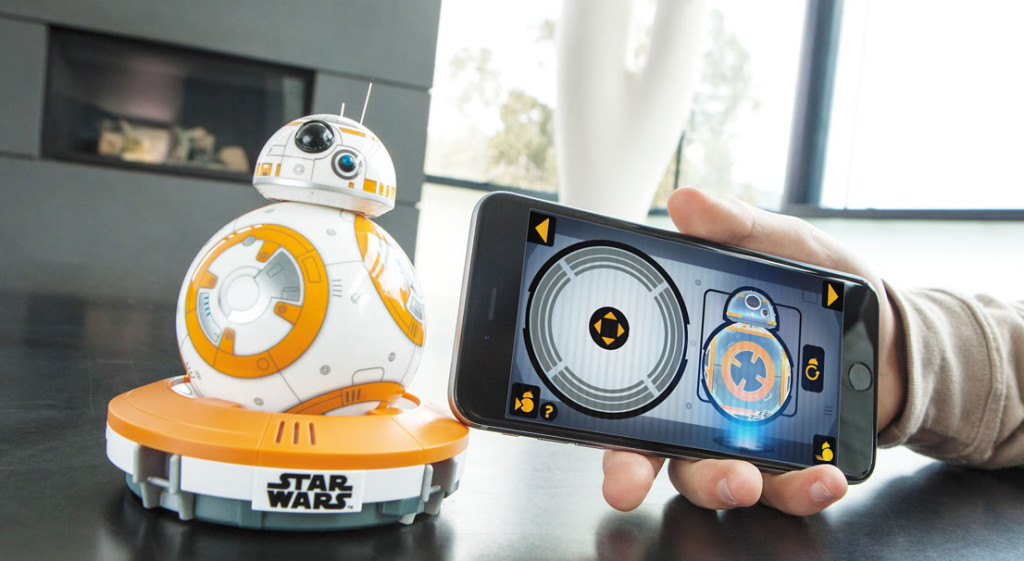 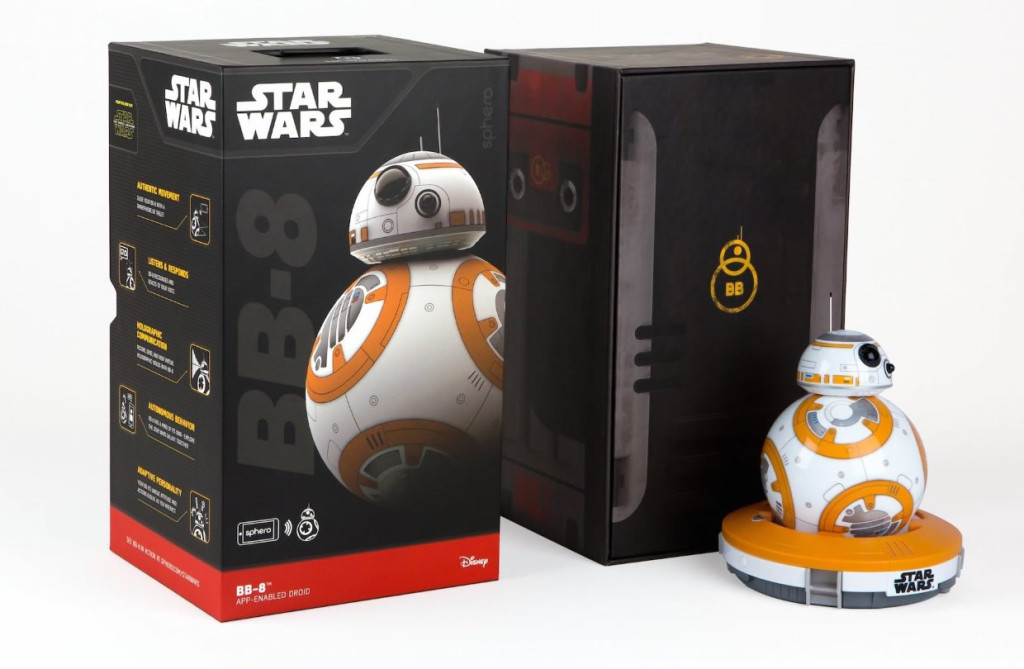 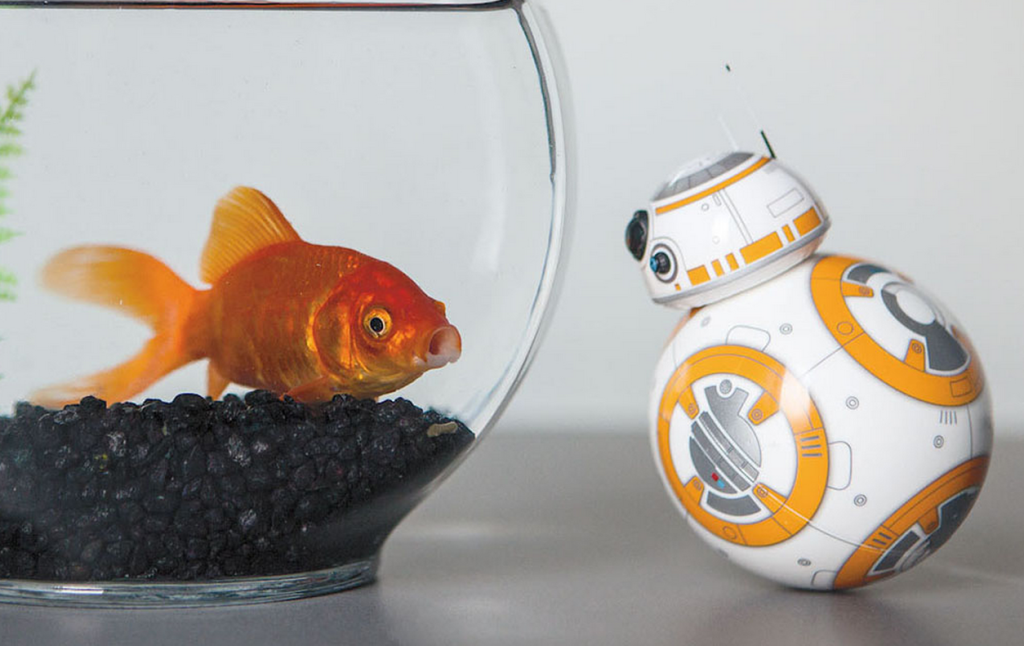