Shut Up and Take My Money: Nerf Rival Zeus Blaster

Quite possibly the ultimate in cubicle office warfare or teenage shenanigans, the Nerf Rival Zeus is a new motorized blaster that fires foam rounds at roughly 100-feet per second.

Available in both red and blue, the design is someone reminiscent of a blaster that could be found in Bioware’s Mass Effect; both the lettering on the side as well as the paint job.

Complete with a flip up sight as well as a safety trigger lock, Nerf included tactical rails on the sides of the gun to support additional magazines of foam rounds. Each magazine holds 12 yellow foam balls and can be popped out of the Rival Zeus with a single trigger release. It’s also an ambidextrous design, so it doesn’t matter if you are left or right handed when popping in a new magazine. 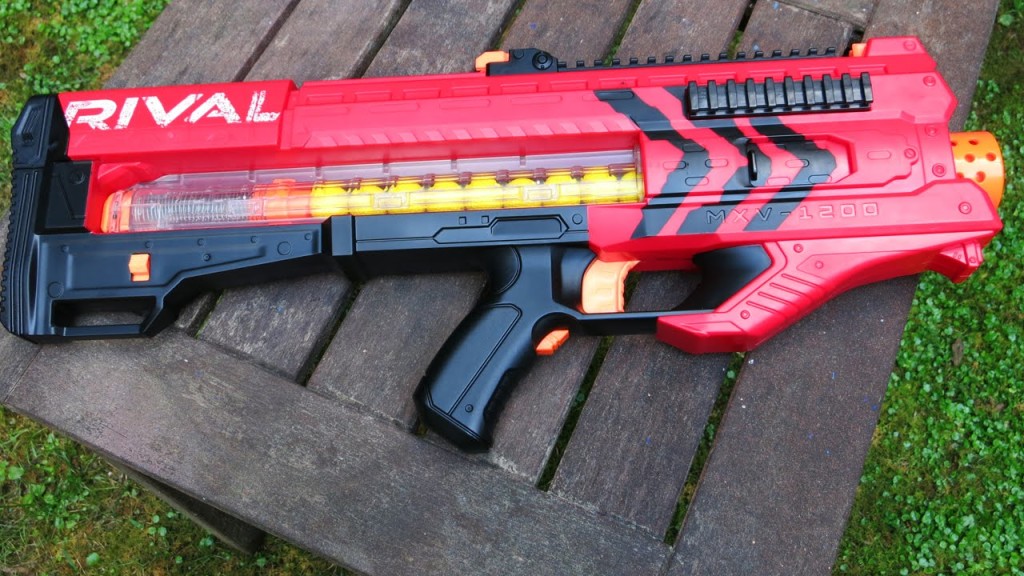 Firing the Nerf Rival Zeus can be accomplished by popping off single foam rounds at a time or holding down the acceleration trigger to unload the entire 12-round clip. With a 6-pound weight, there’s a certain heft to this Nerf Blaster, especially when the 6 C batteries are loaded into the vertical chamber along the top of the toy. Interestingly, the battery chamber has to be locked in with a screwdriver to prevent sliding back out.

Of course, since this is a new Nerf product, it’s going to be tough to pre-order at the moment. Toys R Us has pre-order pages up for both the red and blue models, but both are currently sold out with a delivery date of August 22, 2015. However, you should be able to find the Nerf Rival Zeus in stores after launch as well as on the main Nerf Store in the coming weeks.

For a video walkthrough, check out the YouTube video below as well as more product shots of the Nerf gun: 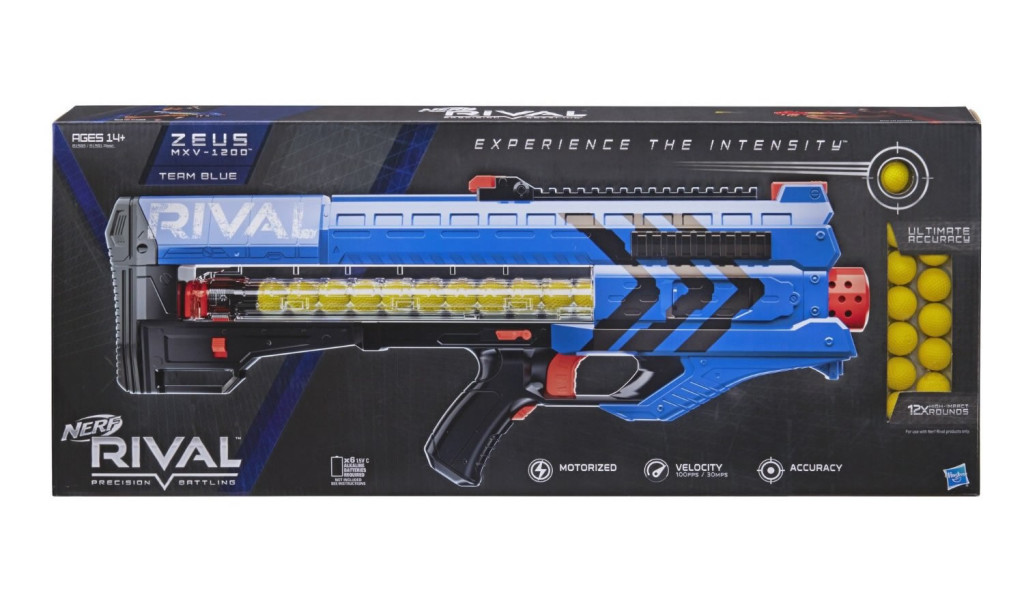 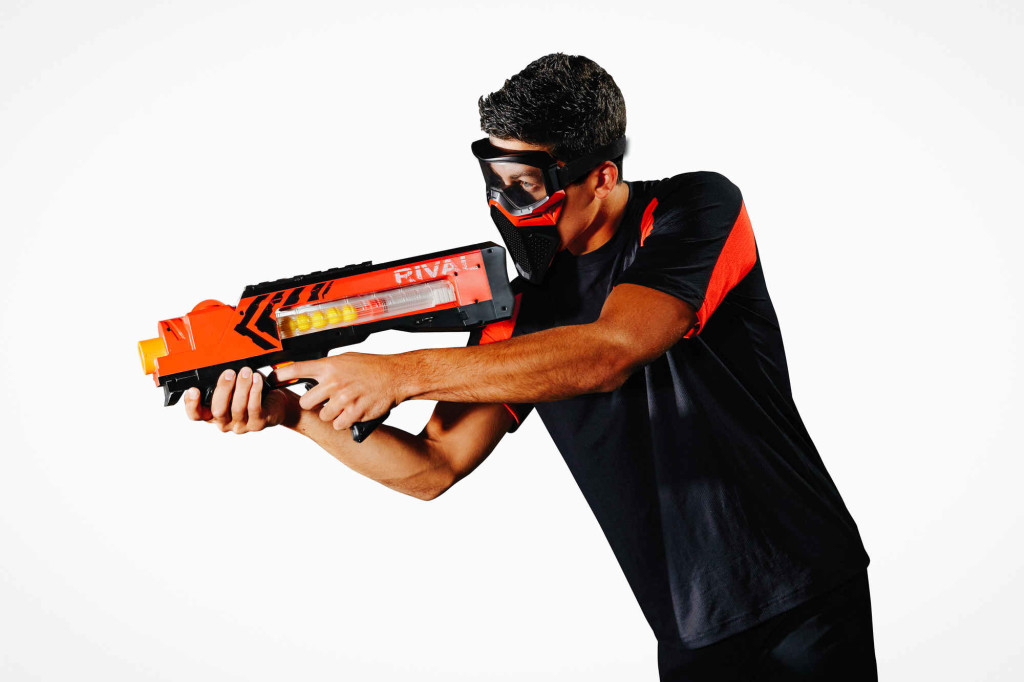 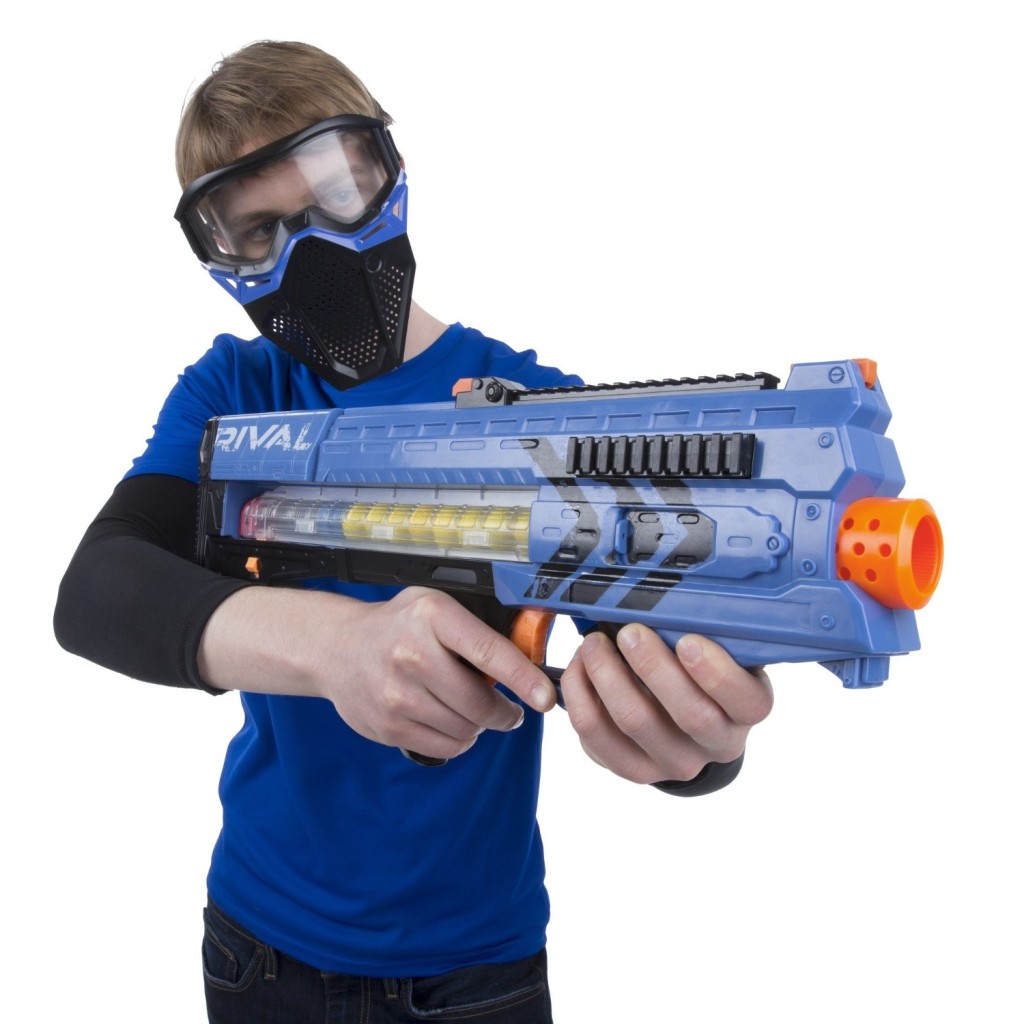