Shut Up and Take My Money: The Coolest Cooler 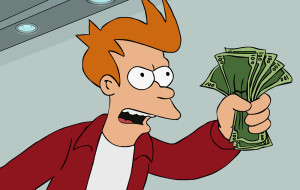 Quite possibly the coolest invention to ever hit the beach, a Kickstarter campaign recently launched for a drink cooler packed with more features than your smartphone.

In addition to an 18V blender built into the lid for whipping up delicious margaritas while basking in the sunlight, the Coolest cooler is equipped with a removable, wireless Bluetooth speaker to play music while outdoors. And the speaker is waterproof.

While playing music, you can also hook up your smartphone to the 18V battery in the cooler via USB to charge it, if necessary. At night, the LED lights embedded within the lid light up so you can find the drink you are looking for. If you are taking the Coolest out to a picnic, the cooler also has storage for plastic plates, a ceramic knife and a cutting board to chop up some limes for that Corona. There’s also a bottle opener on the side of the cooler to crack open that beer. 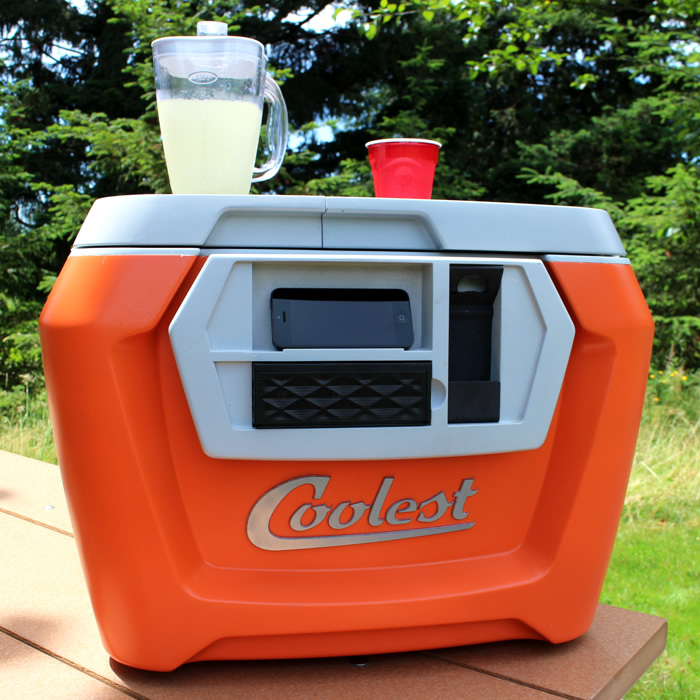 It also comes with a removable divider in order to separate melting ice from food inside the cooler. In addition, the Coolest comes with built-in flexible straps to hold down other items strapped to the top of the cooler.

Of course, all of these features come at a hefty price. The Coolest is being priced at $185 for early Kickstarter backers and that’s discounted from the eventual retail price of $299. According to the details of the project, the Coolest is expected to be completed by February 2015. Be aware that many Kickstarter projects are delayed due to manufacturing issues, often by weeks or even months in some cases. The project is, however, fully funded at this point and production should begin by the end of the year.

You can see the Coolest in action below: