Shut Up and Take My Money: Columbia Star Wars Jackets

When Columbia announced they were coming out with a line of winter jackets inspired by the ones Han, Luke, and Leia wore during the Hoth scenes in The Empire Strikes back, I knew I had to have one. I mean, I have been obsessed with Leia since I was eight years old. I live in snowy Minnesota, which basically is Hoth right now. The Empire Strikes Back is my favorite movie of all time. It was meant to be! 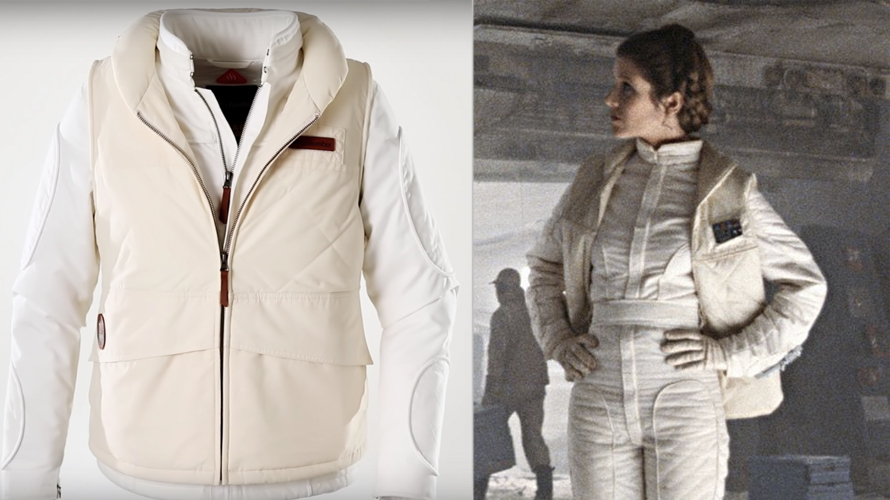 Then I found out they were going to cost $400(!!) and decided I probably shouldn’t spend that kind of money on a jacket, even if it was the coolest jacket I’d ever seen in my entire life. Thankfully, my husband knew better and decided to surprise me with one. He got to the Columbia store about 30 minutes before they opened on Friday morning, and waited in line with a bunch of other Star Wars nerds in hopes of getting my dream Leia jacket for me before it sold out. 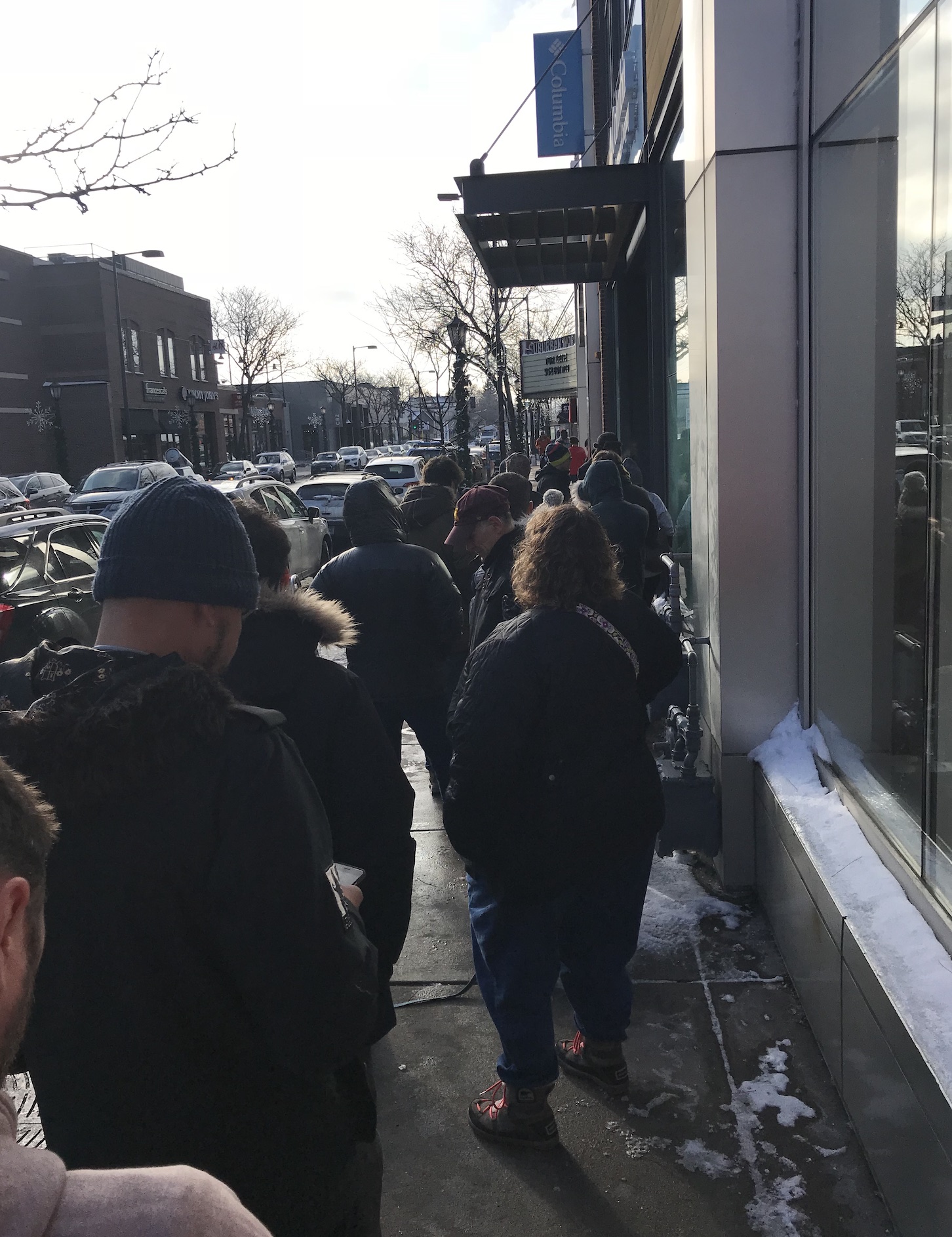 By the time he got into the store, all the Han jackets were already gone, just a couple Lukes left, and a handful of Leias. Online, all three styles sold out completely within 7 minutes. But lucky for me, he came home with this: 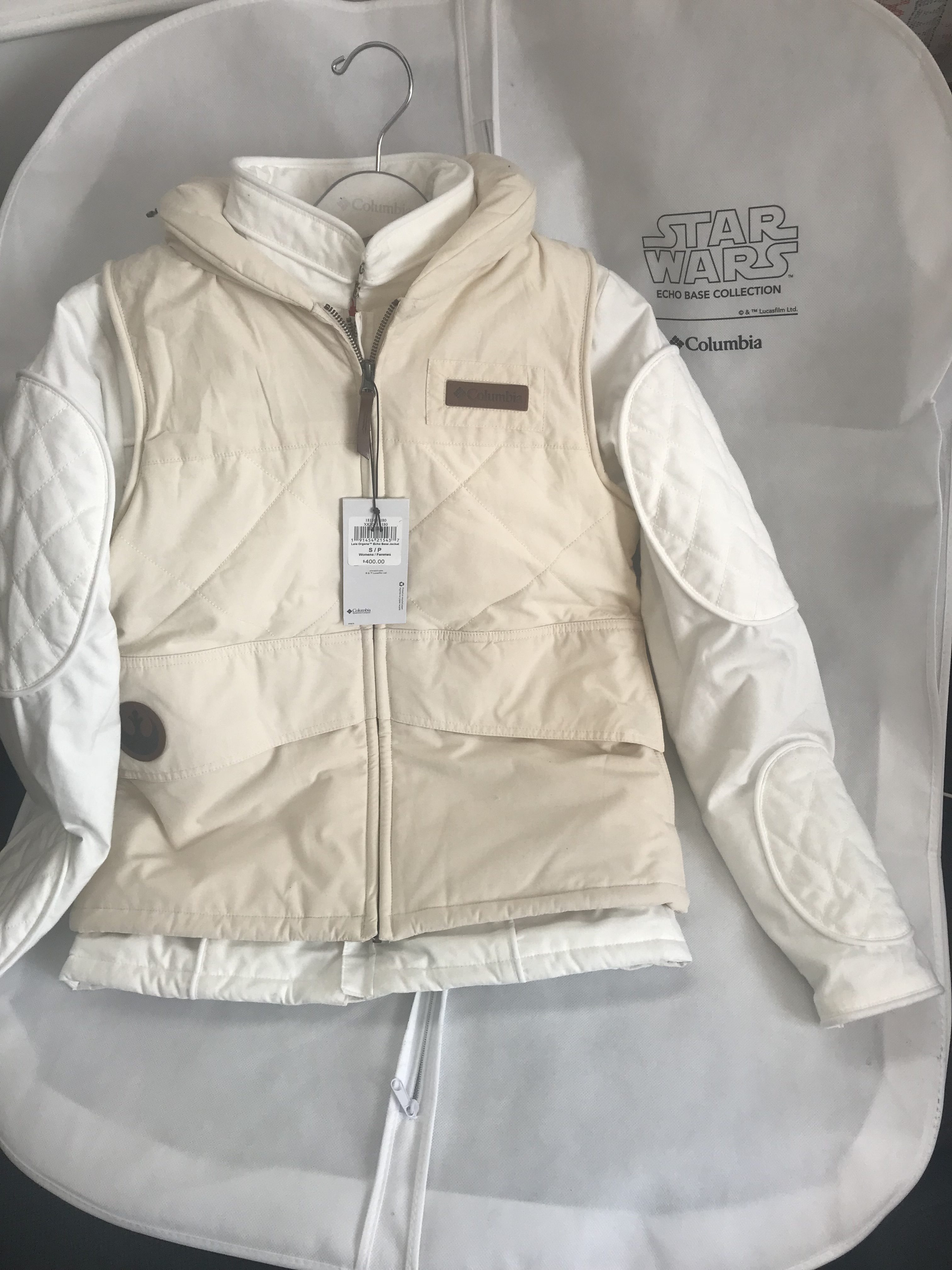 I have to say, despite the ridiculous price tag, this jacket is amazing. I like that it doesn’t look like a costume or even scream “Star Wars” to someone who isn’t a fan. To most people it probably just looks like a cool, vintage-y jacket, but I know, and other people who love Stars Wars know, it’s something special. 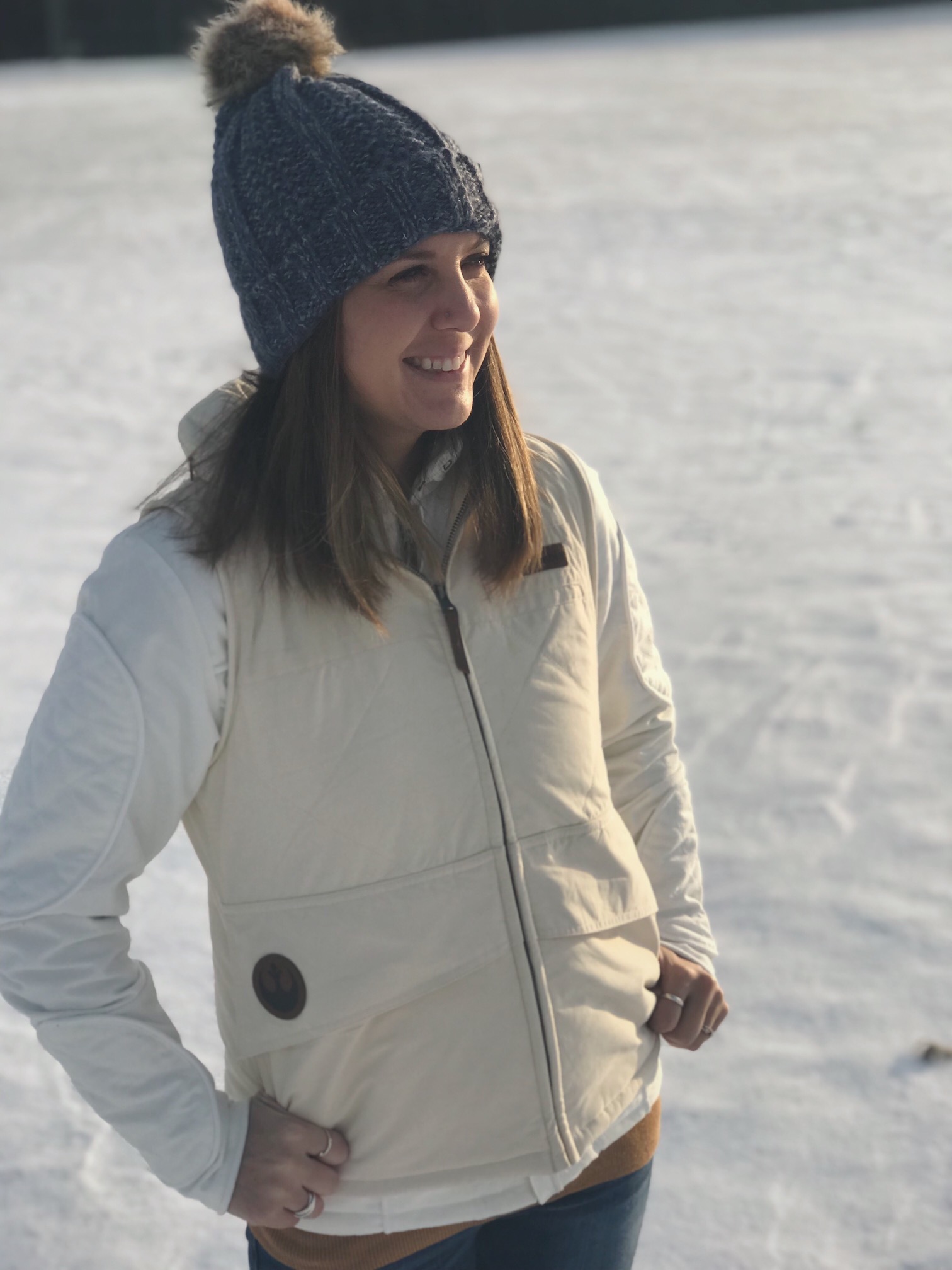 In addition to looking cool, it’s also really warm! Columbia really didn’t cut any corners with quality here. The vest and jacket are actually two separate articles of clothing (that could be worn on their own if you wanted to). The jacket is completely lined with their shiny Omni-Heat thermal reflective lining, and has super soft fleece inside the pockets. There’s also a hood that zips into the collar of the vest, and some other nice touches like a leather rebels symbol and a “May the Force Be With You” patch sewn on the inside. 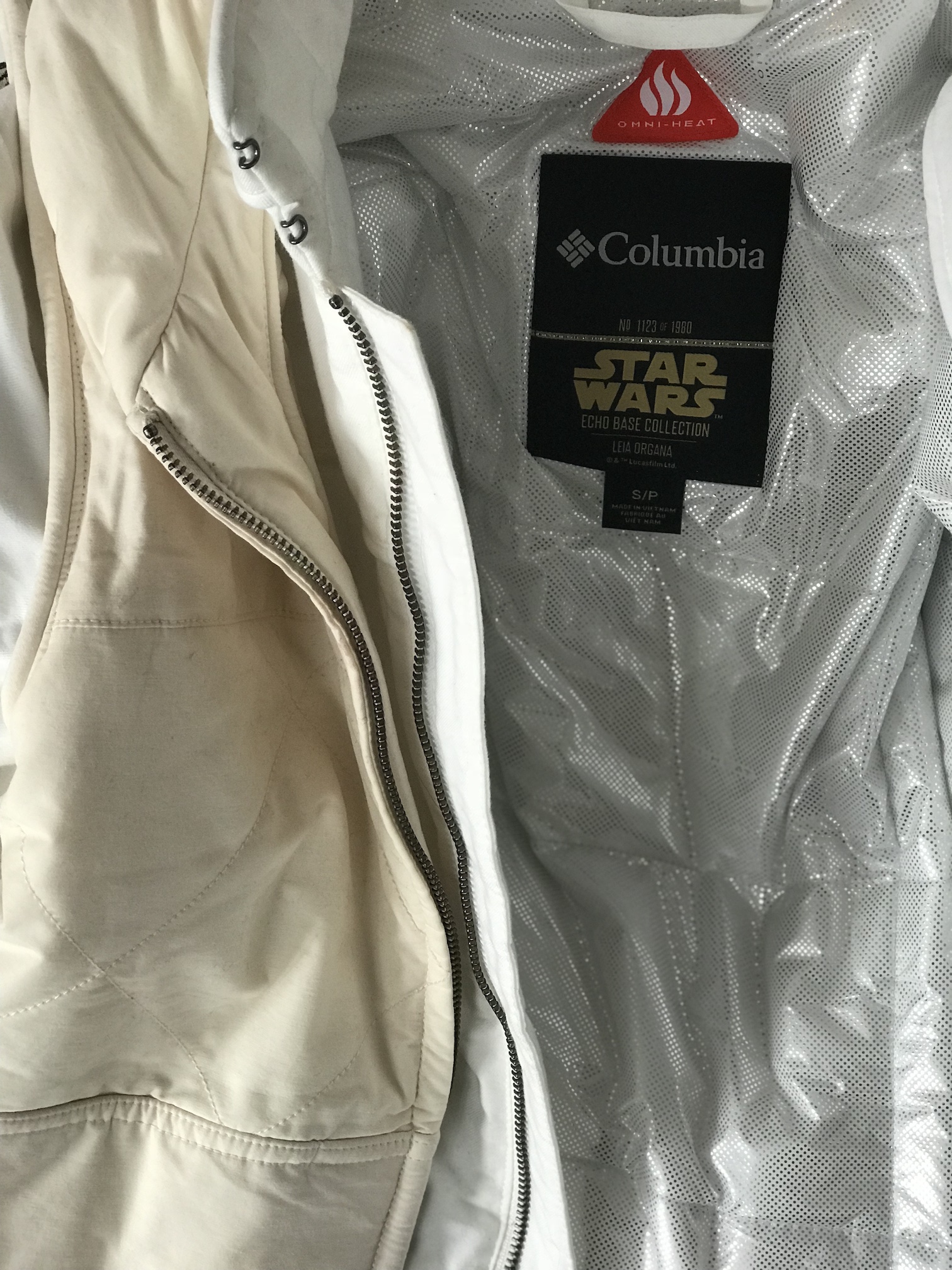 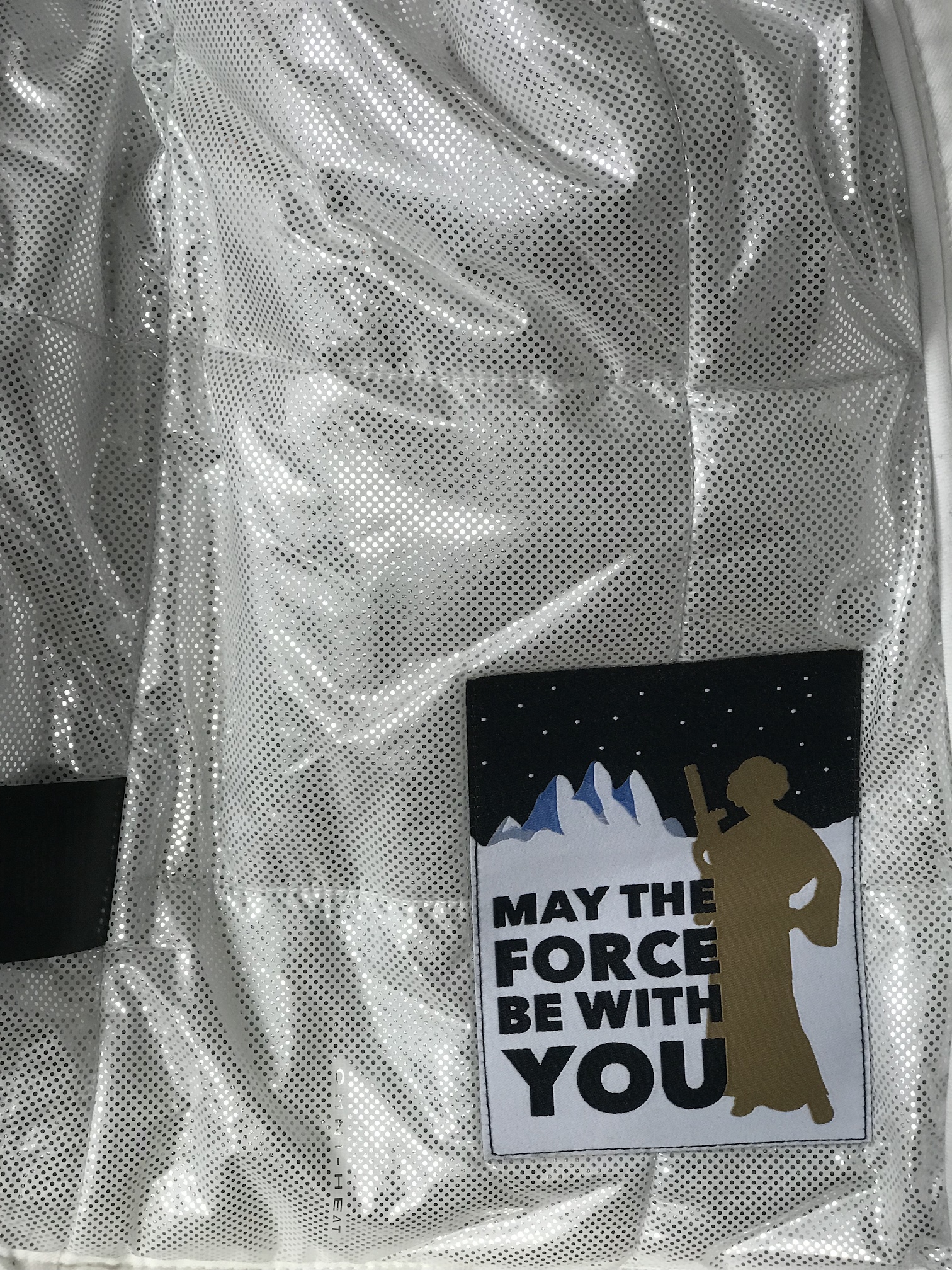 Like I said, these are completely sold out of these at Columbia, but you can find them on eBay (for over MSRP, of course). Han’s parka seems to be the most popular, with most Buy It Now listings at $1,000 or more (some auctions are at over $900 with lots of bids).

According to Columbia, some stores may have “select inventory” still available. If you’re feeling strong with the force you can try calling one of these stores (scroll down to see a list of locations).

I think it’s clear Columbia was really smart to do a line from the original series versus doing something from the new films. While their Rogue One jackets from last year were kind of cool, the response was nothing like it has been for the Han/Luke/Leia Echo Base Collection. Honestly, someone should have done this a long time ago! 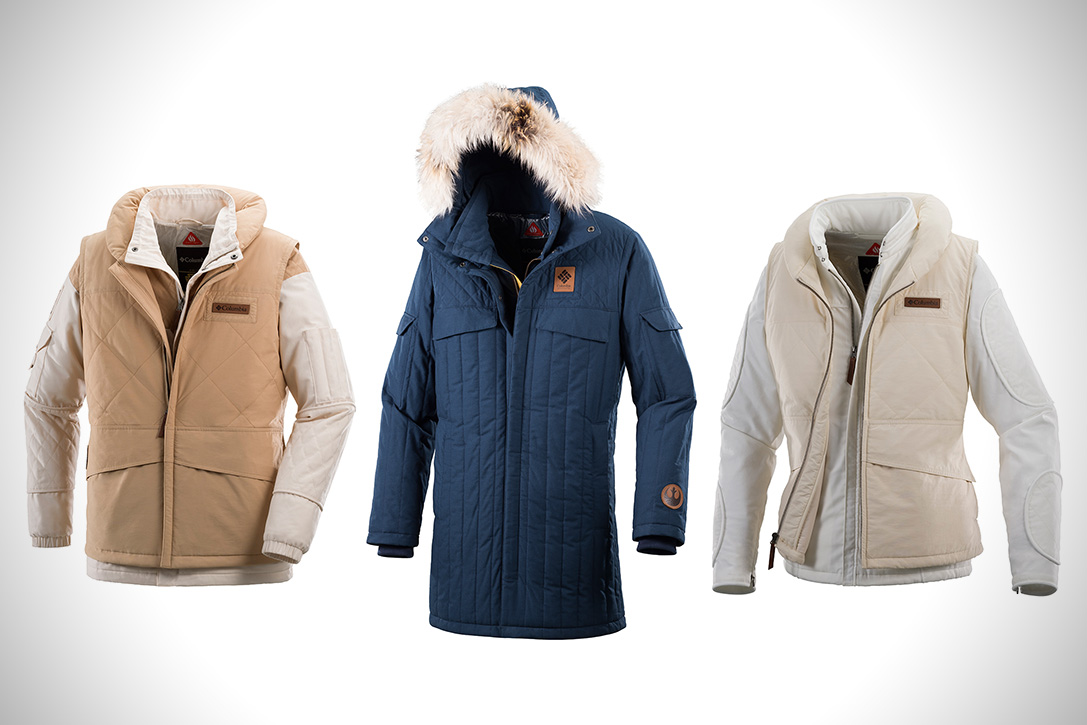 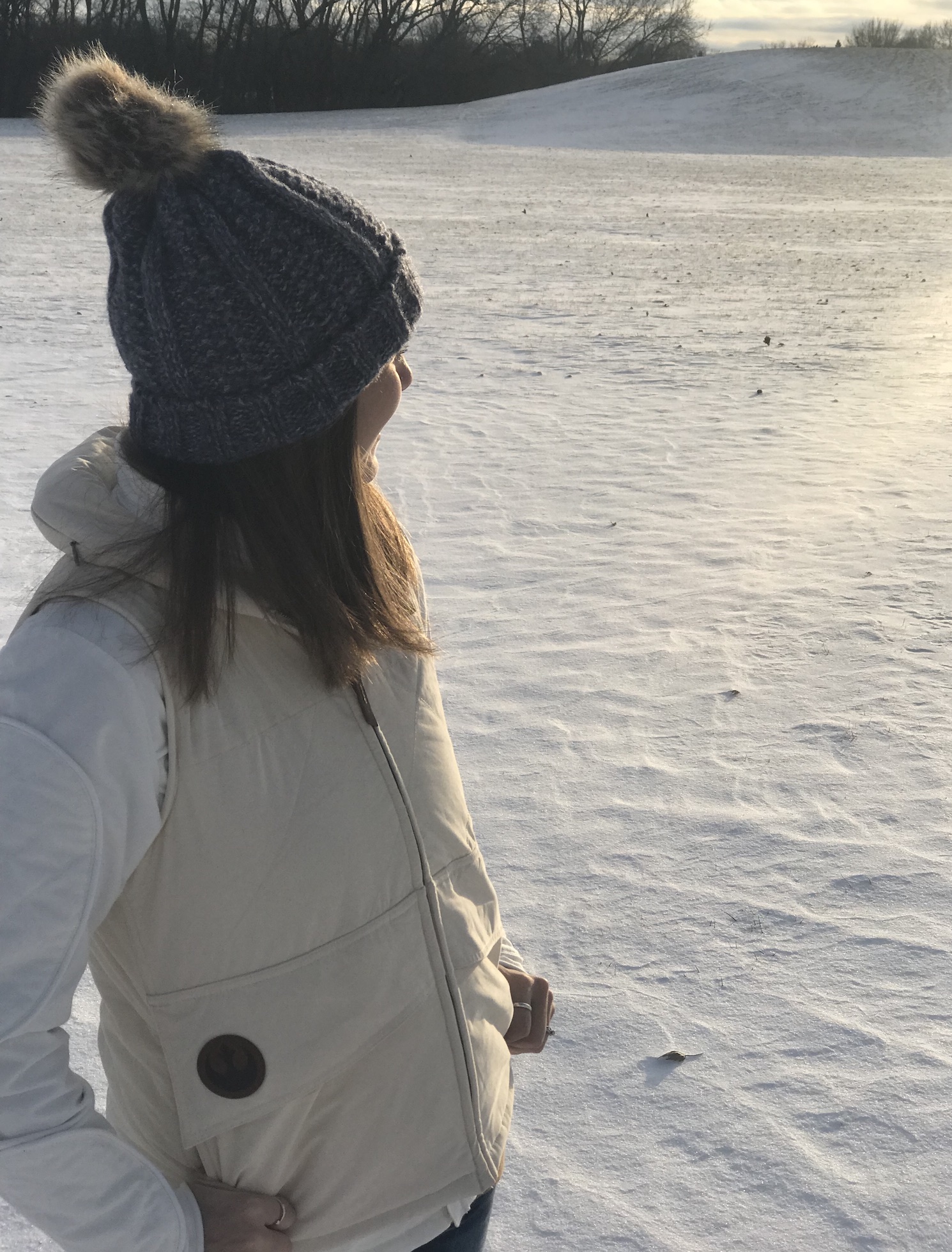