When Return of the Jedi premiered 30 years ago this summer, it lived up to some fans’ expectations and fell short of others. Naturally, any sequel to a beloved movie is going to disappoint in some way.

For fans of Ralph McQuarrie’s art, however, it’s fun to see what could’ve been. McQuarrie, who passed away last year at the age of 82, was the conceptual artist of the original Star Wars trilogy, and his work is beloved by fans for shaping the world of Star Wars, perhaps more than anyone else. While a lot of what we saw on screen was designed by McQuarrie, he also created many designs and characters that didn’t quite make it to celluloid in their originally conceived shape or form.

Let’s take a look at  12 pieces of McQuarrie’s art for Return of the Jedi that create an alternate view of what the movie could’ve looked like, from Ewoks living on the water to the Emperor’s throne room in a devilish lava-filled cave. 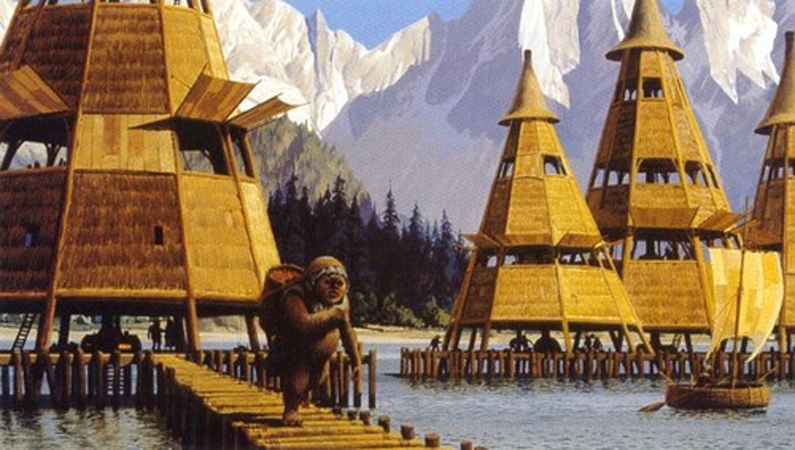 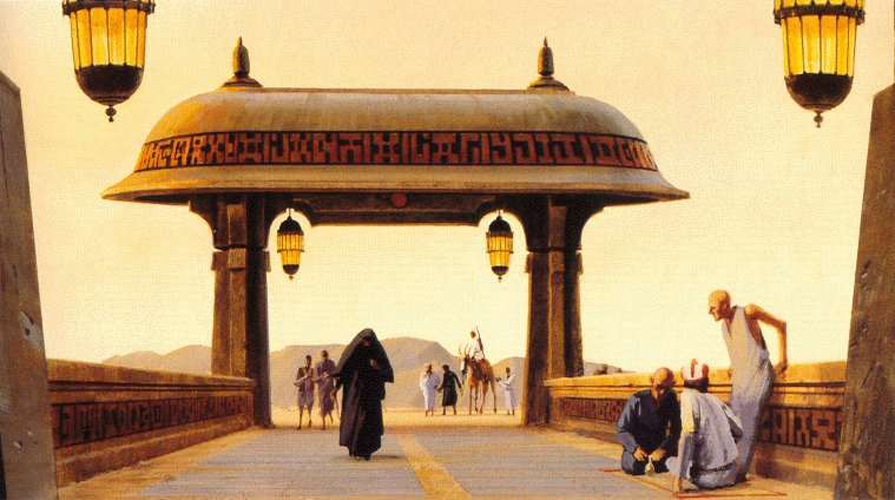 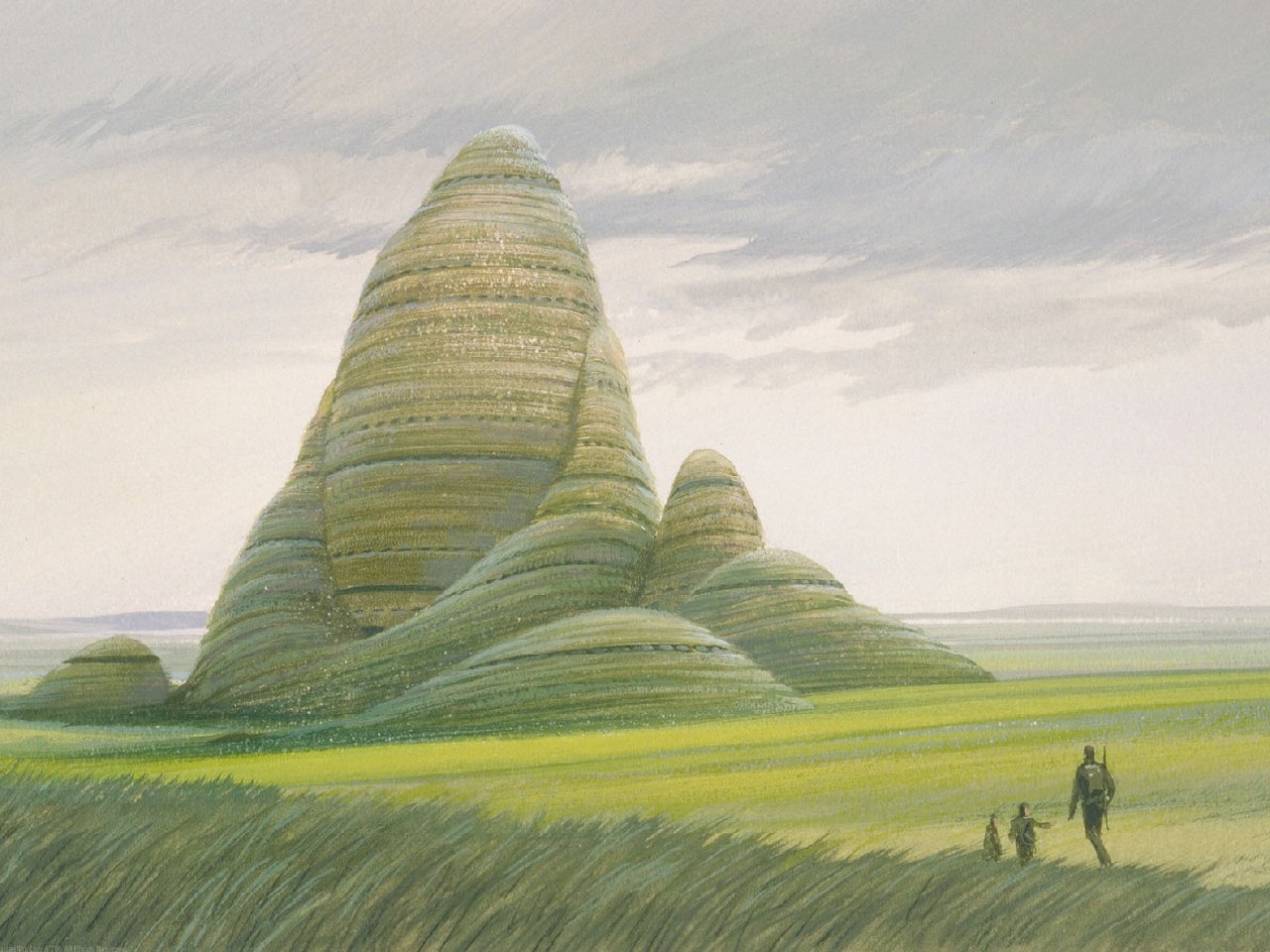 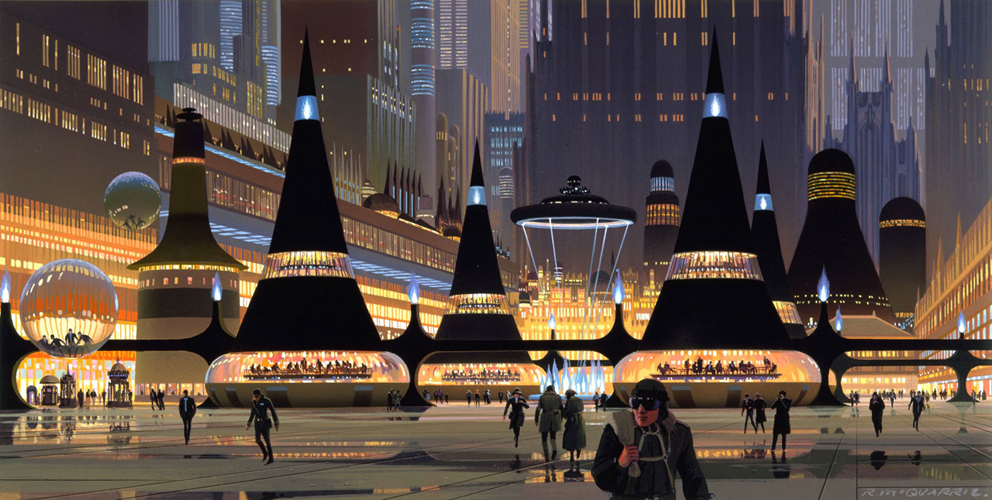 Coruscant, which was semi-realized in the Special Edition 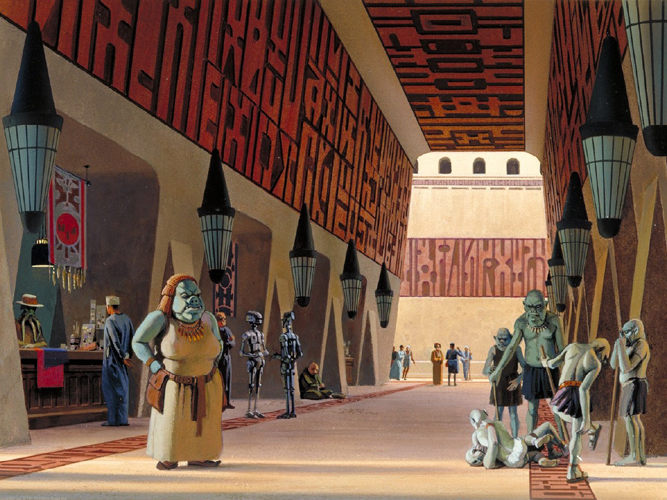 Here are three more Ralph McQuarrie pieces for Return of the Jedi: 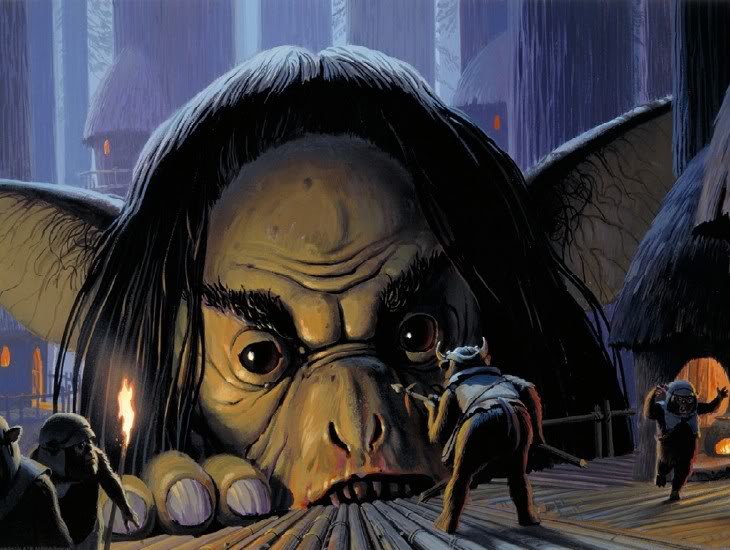 Giant Gorax Attacks the Ewoks (used in Caravan of Courage)

Which illustration is your favorite?
Ewoksillustrationsjabba the huttMcQuarrieReturn of the Jedistar wars